A Brief History of Roland V-Drums

E-Drums? I think you mean V-Drums!

Synonymous, one might say… if one were particularly fond of difficult-to-pronounce words, but it is certainly the case that it’s difficult to talk about electronic drum kits without discussing Roland. In fact it’s difficult to talk at all if you’re gonna use words like “synonymous”. Fortunately, this blog is specifically about Roland V-Drums, so I don’t even have to try.

Roland were certainly not the first to enter the marketplace with an electronic kit, the concept having been around with home made efforts since the late ‘60s. These were buggy in the extreme, with one example used by Dutch band “The VIPs” being subject to phantom drumming if moisture got into the triggering system. Apparently breathing on it was enough to throw the unit into chaos.

The first commercially available electronic drum kit was launched in 1976. This was manufactured by Pollard Industries and was called the Syndrum. The Pollard Syndrum was arguably a critical success, with a positive reception amongst musicians. Unfortunately this was not enough to achieve commercial success, and the company failed a few years later. Later on, in 1978, the Simmons SDS-5 was released. It was described as “awful” and sounding “like trash can lids”. It seems you can definitely argue that Roland were amongst the first to do electronic drums well.

In 1997, Roland launched their first electronic kit, The TD-10 V-Drums. These kits were revolutionary for the time, allowing the player to choose drum type, shell material, drum depth, drum head type, drum tuning, mic type and even mic placement on the “virtual” drum (V-Drum, in case you were wondering). In fact, you could go down such a deep rabbit hole on the settings that it would be more than possible to spend more time tailoring your sounds than playing your kit. They also introduced the world’s first mesh pads with this kit, a technology still featured on Roland flagship models to this day (not to mention “adopted” by their competitors). 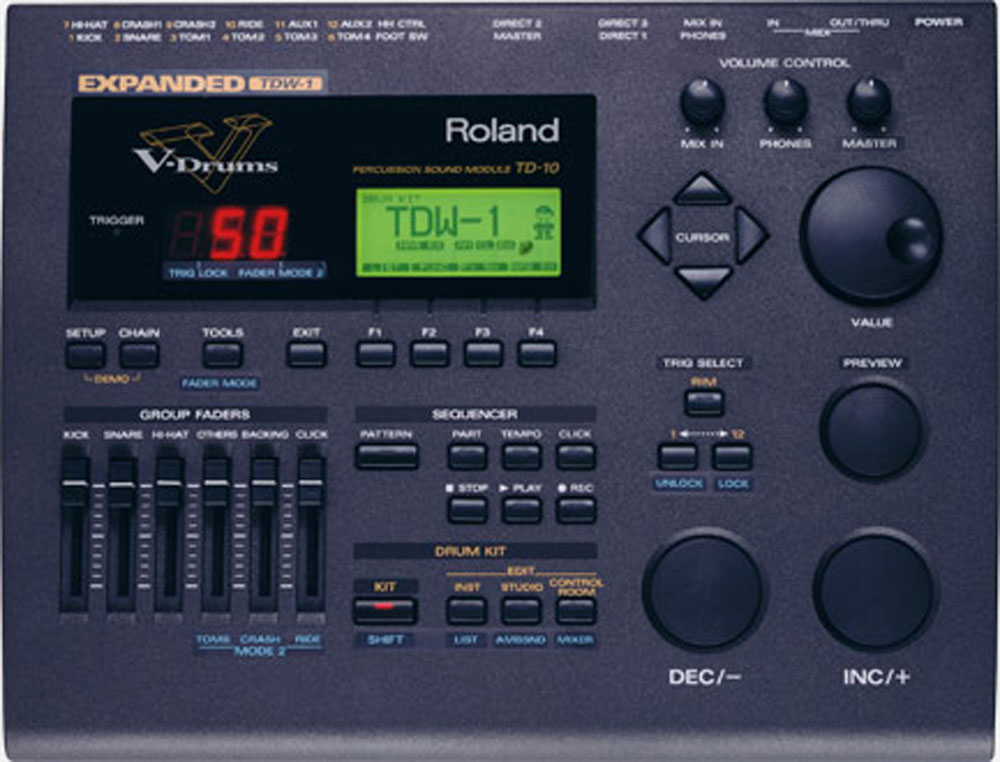 Interestingly, Roland appears to have gone full circle with their latest flagship range. Not content with making their kits sound as close to authentic acoustic drums as possible, Roland’s VAD series now look like a standard acoustic drum kit as well. Roland have taken their state-of-the-art TD-50X V-Drum module and wrapped it up in stunning handcrafted premium grade acoustic drum shells. 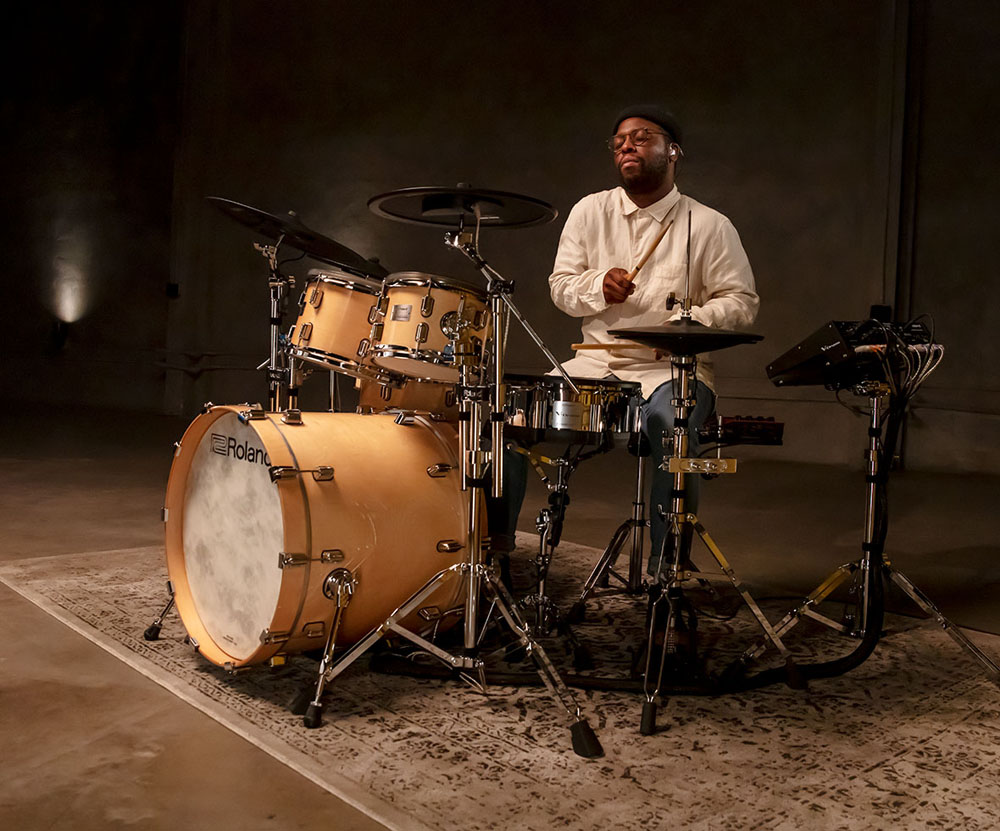 Now I know what some of you are thinking. Why? I’ll be honest, initially I was thinking the same thing. If what I wanted was a stunning top of the line acoustic drum kit, why wouldn’t I buy one? The answer is pretty simple actually. The Roland VAD series isn’t a top of the line acoustic drum kit. It’s 20. 50! A MILLION! Ok – not a million – but with 900 sounds in the module and pretty much infinite customisation available to you, it will feel like a million…

Of course, if the top of the line, state of the art, 4 billion kits in one pseudo acoustic package is a little overkill for you, Roland have a whole host of other V-Drum kits to cater for every budget and need. From super compact starter kits to high end top of the line models, and a bit of everything else in the middle. If you are talking electronic drum kits, Roland have you covered.