A Comparison Of Gibson Les Pauls

You can’t get much more iconic than a Gibson Les Paul. Wielded by the likes of Slash, Jimmy Page, Randy Rhoads and many more, the design is recognisable to even the least guitar-savvy amongst us. But one question we get asked a lot is “what’s the difference?” What makes a Standard 50’s different from the Standard 60’s, and how are they both different from the Classic? This is by no means a definitive guide, but will hopefully give you a starting point if you’re looking at a Les Paul for your next guitar.

The Les Paul ‘50s Standard draws its inspiration from the earlier Les Paul models, although featuring the humbuckers and tune-o-matic bridge which became the norm for the Les Paul towards the end of the 1950’s.The main defining features are the complete lack of weight relief and a fully rounded, fairly chunky neck. The ‘50s Standard also features the Burstbucker 1 and 2 pickups, in the neck and bridge position respectively. These are based on Gibsons original “PAF” pickups, with a low output in the neck position and medium output at the bridge. The combination of the sheer mass of the guitar and these vintage inspired pick ups means it’s as close as you can get to the ‘50s Les Paul sound. Well… for under £3000 in any case. 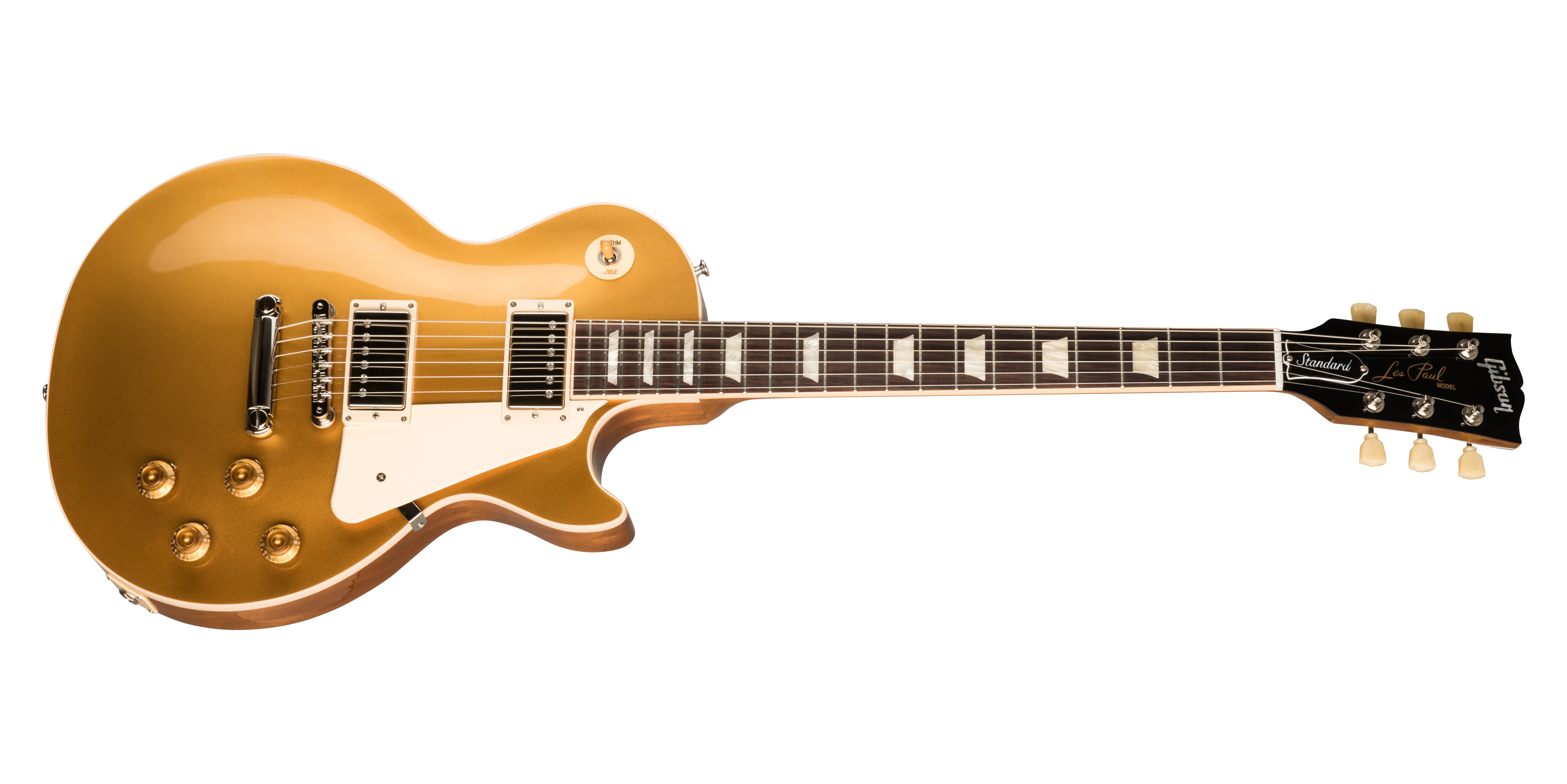 No prizes for guessing which decade inspired this guitar. Against the ‘50s Standard, the ‘60s features a “AA” flame maple top. This means the top of the guitar is a bit more aesthetically pleasing with some patterning to the grain. On top of this, the neck is thin, with a slim taper profile, and the pickups are Gibson 61T and 61R humbucker, based on Gibson’s original ‘61 Les Paul. This guitar has an overall more contemporary feel, with the slimmer neck allowing for a little more playability and speed, and the pickups offering a bit more mid-range bark than those of the ‘50s Standard. 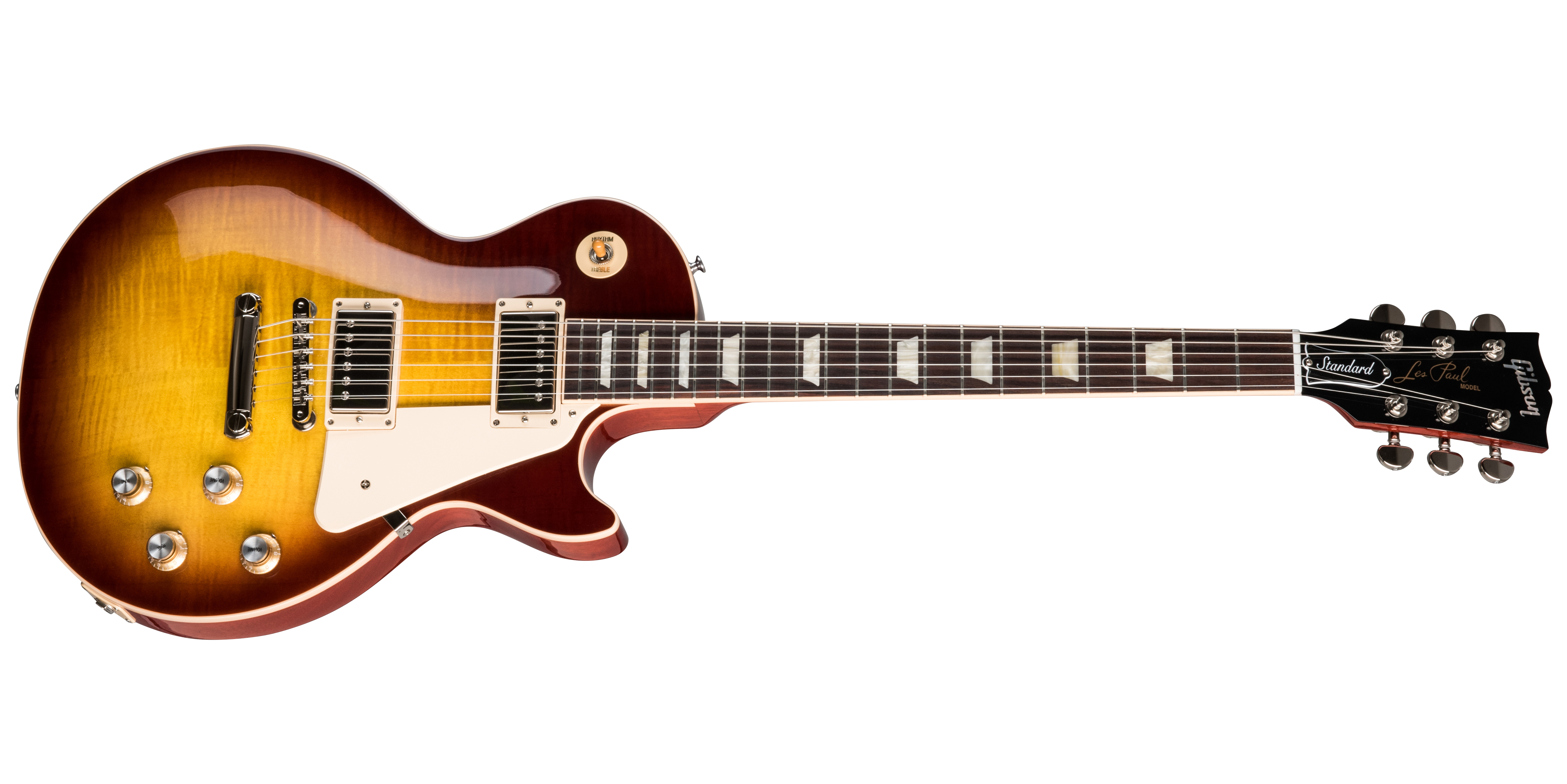 The Les Paul Classic actually follows on pretty closely from the ‘60s Standard, although with one major difference: weight relief! The Classic undergoes a 9-hole chambering process, where material is literally removed from the inside of the guitar to make it lighter. It features the same Slim Taper neck as the ‘60s Standard, and even has the same pickups, although in the “Zebra” finish rather than the chrome covers. It also has a standard maple top, rather than the figured “AA” featured on its big brother. The final feather in the Classic’s cap is the flexibility in it’s control: all of its knobs have push pull capabilities, allowing for coil tapping (making a humbucker pretend it’s a single coil) and bypassing elements of the tone circuit. This actually allows for more tonal options than those available on either of the Standards. 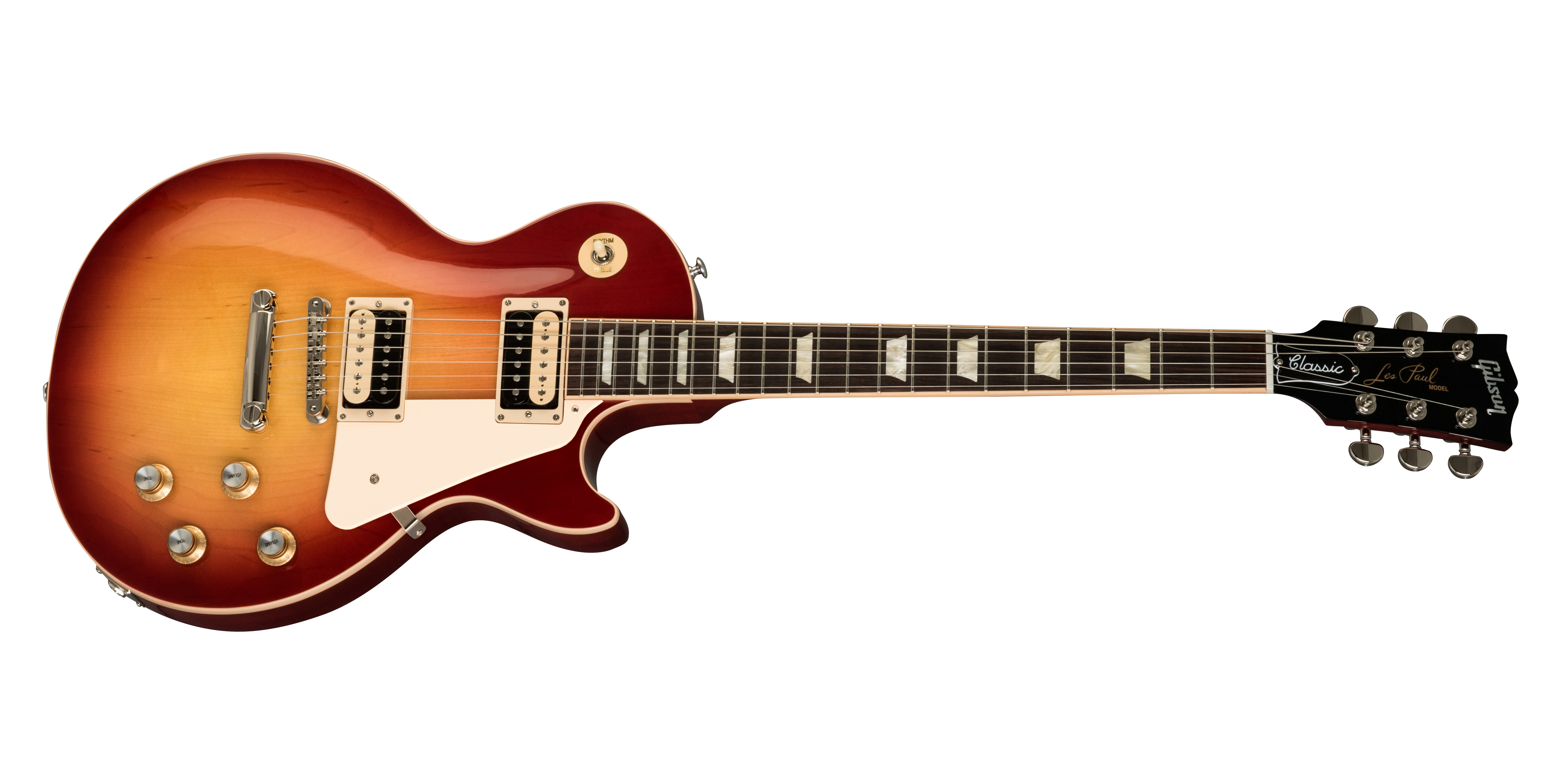 Much like the Classic, the Studio is something of a stripped-back version of the Standard models. Once again weight relieved – although this time using Gibson’s “Ultra-Modern” process – the Studio also features a plain maple top and “Slim Taper” neck profile. Unlike the Classic, the Studio uses more standard control, with only coil tapping on the push/pull pots. It also has completely different pickups, with a 498T in the bridge and a 490R in the neck, both of which are comparatively “hot” against those featured in the higher end models. The 498T lends itself to saturated, overdrive and distorted tones, whilst the 490R is a little tamer and a little more akin to the “PAF” classic Gibson tone, making the studio pretty tonally diverse, despite its limited switching options. 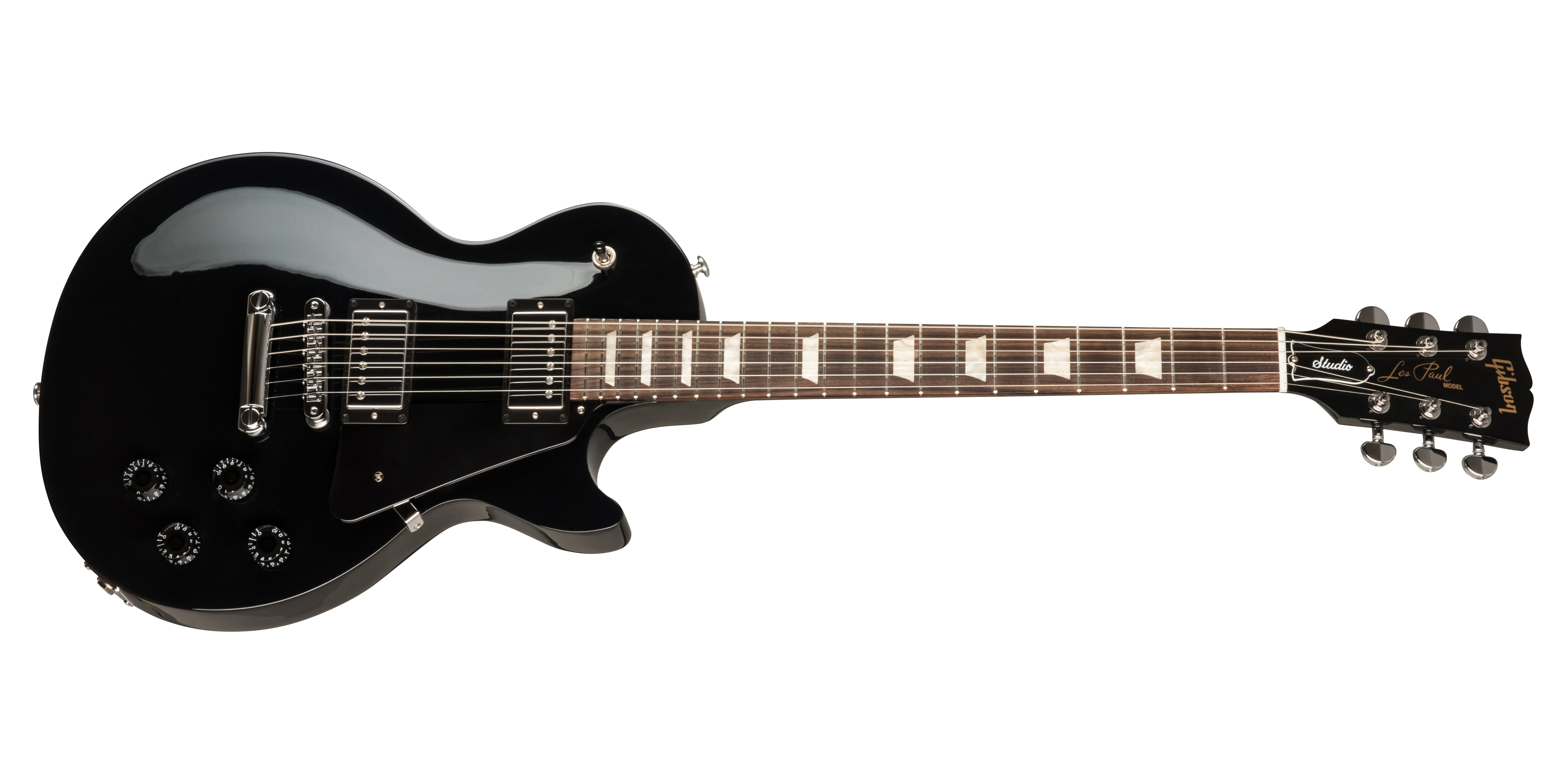 The Les Paul Junior has been around since the 1950s and, as you might imagine, it’s a majorly stripped-down version of the Les Paul. It was designed to be an affordable option of the Les Paul and features a solid mahogany body with a maple neck, no top and no weight relief (although you really don’t need any). The guitar has a single “DogEar” P-90 bridge pickup, a volume knob, tone knob and a wrap-around bridge. That’s it, and that’s really all it needs. It’s an unapologetically “no frills” guitar and it absolutely does not suffer for it. 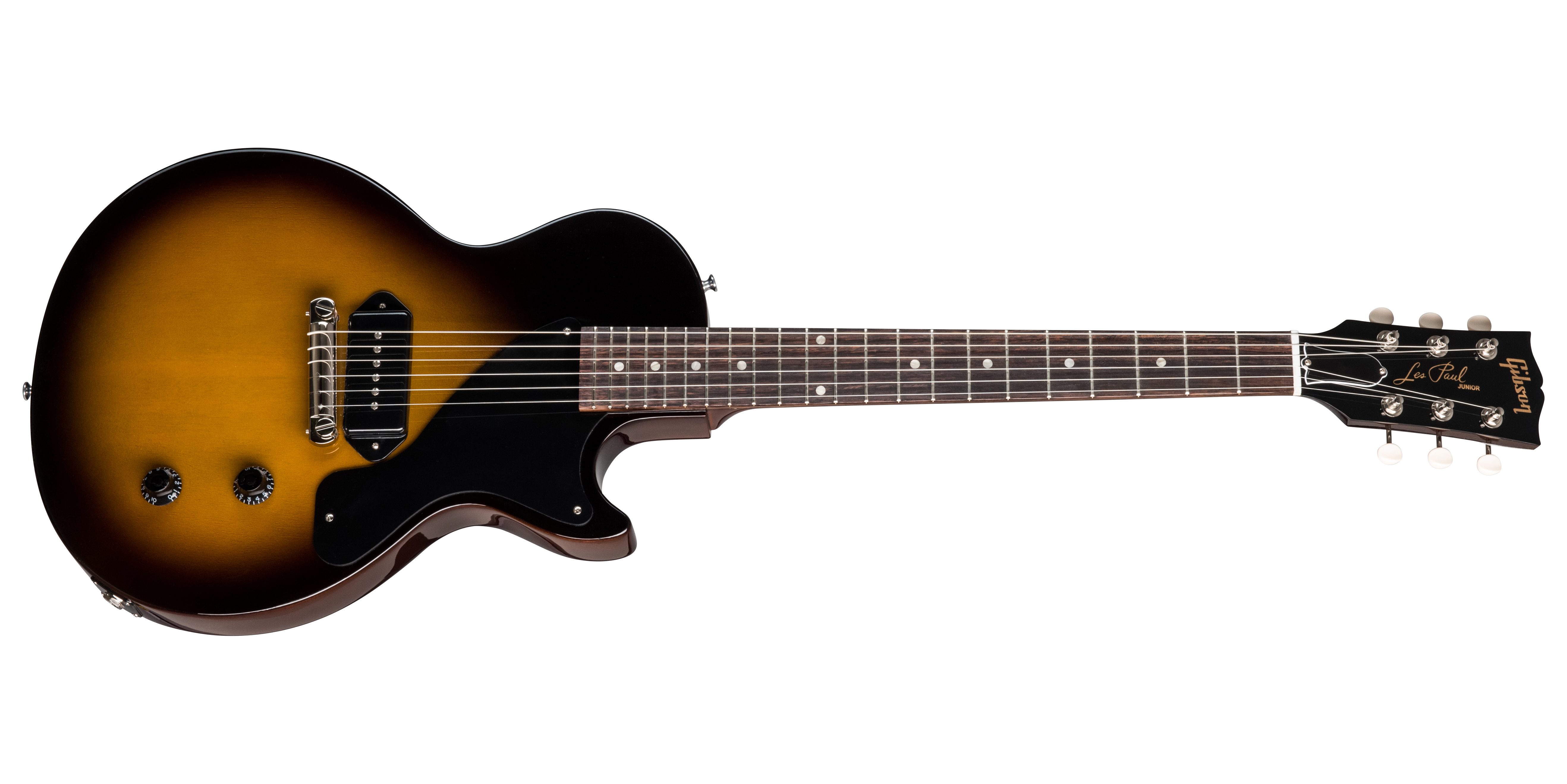 The Les Paul Special is a Les Paul Junior with an additional pick up in the neck position and an additional tone and volume knob to control it, as well as a pickup selector to turn it on and off. Other than replacing the “DogEar” P90s with Soapbars and slightly altering the shape of the pickguard to accommodate the additional pickup, they are basically the same guitar. 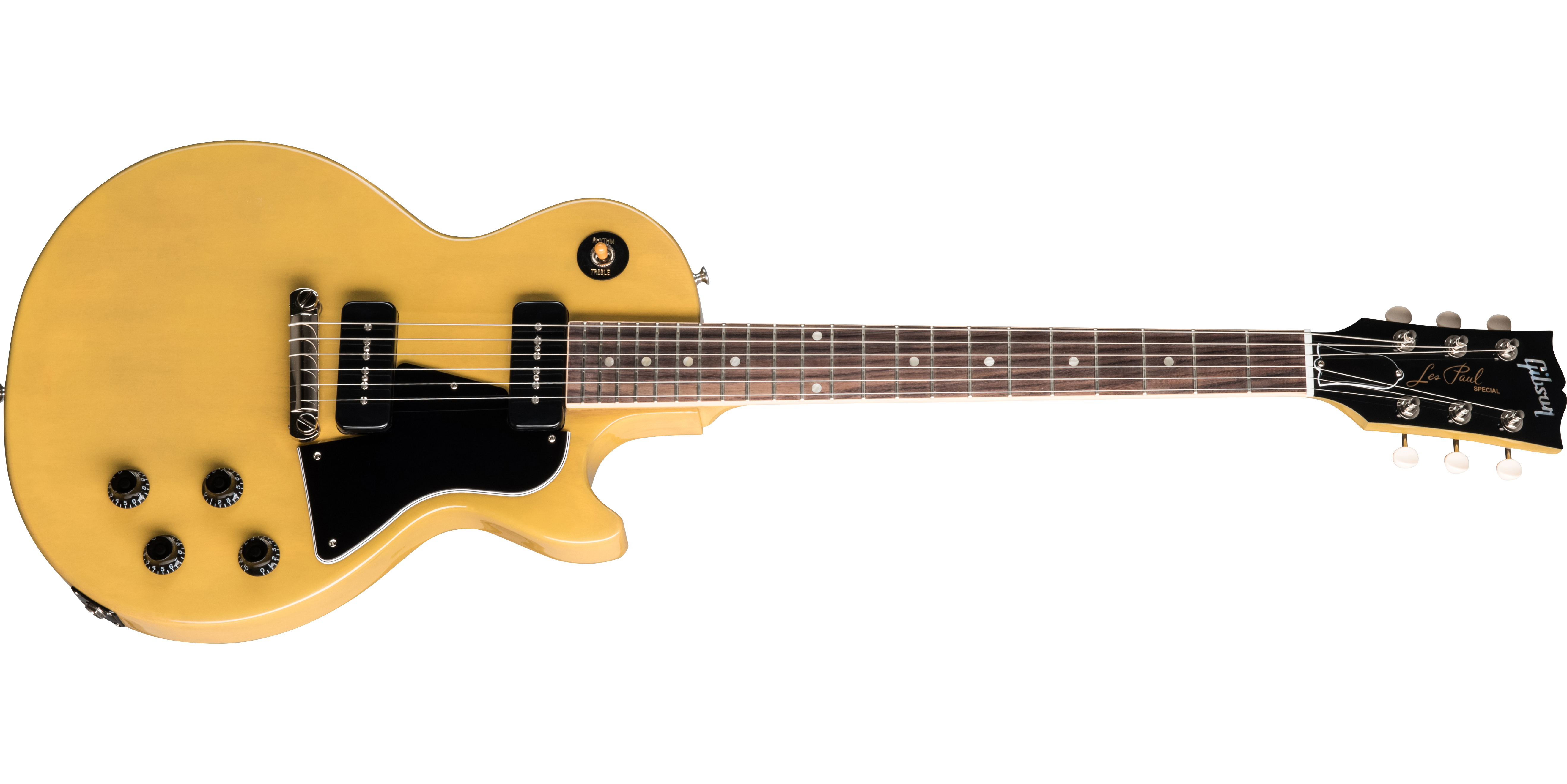 Hopefully this has offered a little more clarity into the hierarchy of the Les Paul range, and you can now tell a Standard from a Special, although in that instance opening your eyes would be a solid start!