X
This site uses cookies to provide and improve your shopping experience. If you want to benefit from this improved service, please opt-in.
More Info
Accept Cookies
Kenny's Music Blog Features A history of The Gibson Firebird
Menu
Features, News

A history of The Gibson Firebird

A few months ago I missed out on purchasing a Gibson ’67 Reissue Flying V (and yes it was in white, just like Jimi’s!). After missing out, I was still left with an itch for a new guitar. What would scratch that itch? A Gibson Firebird of course!

After picking up my new guitar, I wanted to dig a little deeper into the history of the model beyond the scraps of information I had picked up over the years and the hearsay online. With Gibson recently suffering the loss of the European trademark, we could see a lot more Firebird style guitars popping up in the near future. So without further ado, here is my abridged history of the iconic Gibson classic.

Rising from the ashes.
In the early Sixties a minor guitar company named Fender (wonder what happened to them?) were making a splash in the up and coming surf scene with their then-new offset models the Jaguar and Jazzmaster. These guitars turned out to be a massive hit, albeit not with the jazz musicians Leo had originally intended. Gibson’s sales were dwindling and with the company deciding to drop the original Les Paul shape in favour of what we now call the SG, something had to be done to keep up with their Californian rivals. There was only one thing for it; Gibson needed an offset of their own!

Ted McCarty, then president of Gibson (and mastermind behind the SG, ES-335, Explorer, and many more), started by asking the 68-year old retired motor designer Ray Dietrich to come up with a brand new electric guitar. McCarty loved the use of flowing lines on cars such as Packards, Lincolns, and New York cabs for the Checker company, all previously designed by Dietrich. 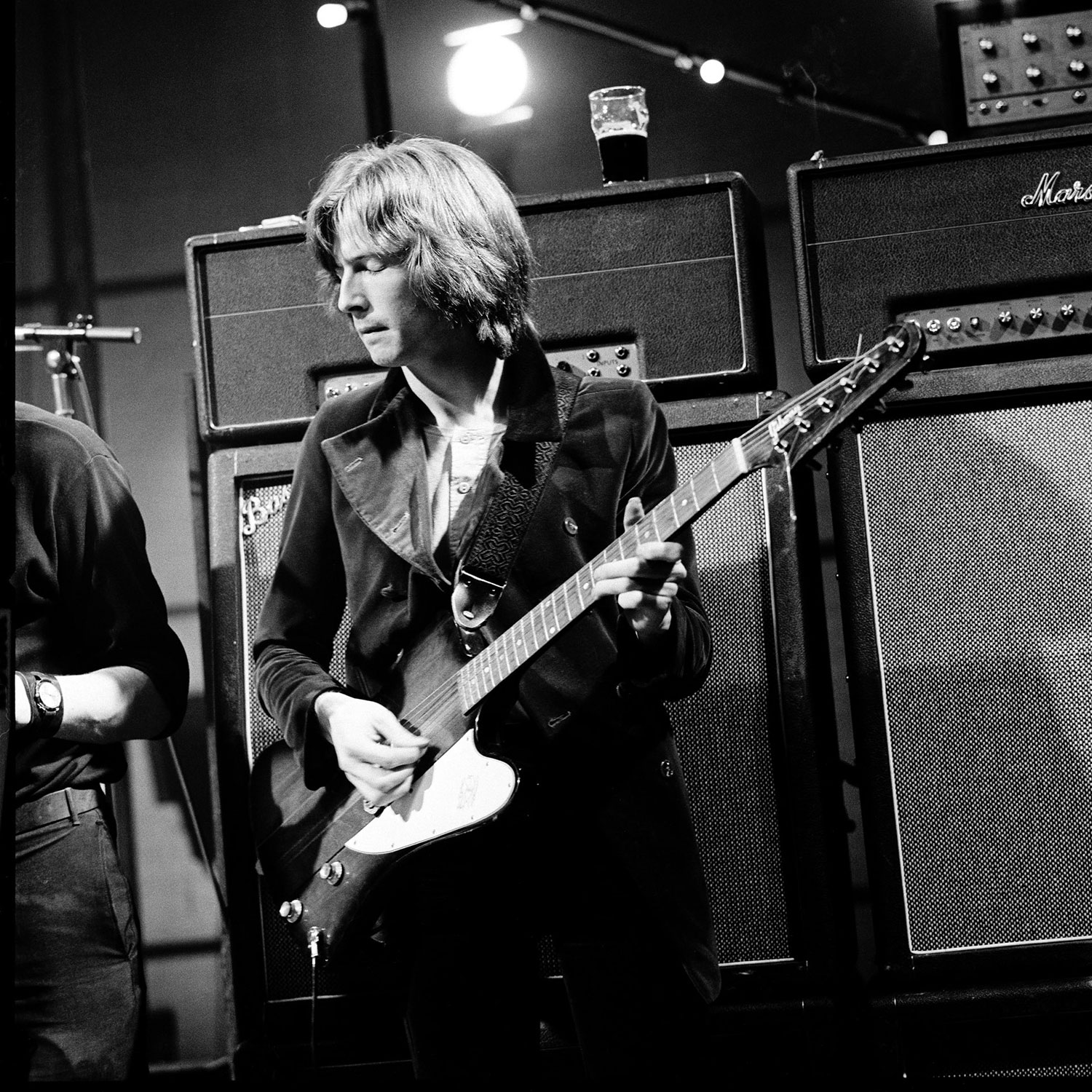 Eric Clapton with his famous Firebird I

His answer was the elegant, sleek, and almost aerodynamic Firebird.

This guitar was unlike any other Gibson model, featuring a 100% neck-through construction made from a mahogany and walnut sandwich. It also featured glued on mahogany “wings”, creating the famous “step” in the middle of the body, and a massive 6-in-line style headstock is also present on the guitar (I wonder where they got that idea). To continue the aerodynamic flow of the guitar, Dietrich used banjo tuners that poke out the back of the headstock, keeping the clean lines of the original design intact. The giant white pickguard hides all of the routing for the toggle switch located on the lower horn of the guitar, situated next to the now iconic Firebird logo, which didn’t actually feature on the original ‘63 guitar (this was added later). Lastly, you can’t talk about the Firebird without talking about the pick-ups. These guitars feature the Mini-Humbuckers, usually found on the Les Paul Deluxe. These bite like a tele, kick like a Les Paul and just sound glorious!

When naming the guitar Ted McCarty said he wanted this guitar to pull Gibson out of trouble, like a Phoenix rising from the ashes. Gibson was on board. So much so, in fact, that they decided not to just release one guitar, but four! Oh and two accompanying bass guitars.

This one is basically the Les Paul Jnr of the Firebird’s. One single pick-up, wrap tailpiece and “dot” fingerboard inlays. This is the guitar famously played by Eric Clapton.

Confusingly, the Firebird three is the two pick-up version, with pretty much the same specifications as the previous model. It could come with either the wrap tailpiece or vibrola system, but the tremolo version is more common.

This is probably the most famous Firebird of them all, and the one that is the most reissued. The Firebird V features similar specs to an SG standard from this era: two pick-ups, trapezoid inlays, bound neck, and Vibrola trem.

You have probably guessed where this is going by now – the VII features the specs traditionally found on the Customs of this time. Block Inlays, Ebony fretboard, three pick-ups, and of course gold hardware!

You’re probably asking yourself, “Daryl, why the hell are they named like that”. Well, I’m getting to that! The even numbers II and IV were assigned to the Thunderbird Bass that went along with the guitar. Gibson also released a Non-Reverse Firebird, but let’s not get into the murky history of that guitar here; that deserves it’s own blog post.

I have always loved these guitars; the design, the sound and the bizarre history. Finally getting to own one has given me a fresh appreciation of this truly unique guitar, and hopefully this article gives you a better understanding of how it came to be!

Oh, and if you’re looking to get your hands on one at a more affordable price, then check out Epiphone’s brand new Inspired by Gibson range!