A look at the Epiphone “Inspired by Gibson” collection

So by now, I would hope that you guys know how much I love my Gibson guitars! I love the history and heritage that surrounds these instruments, but I think my partner would prefer it if I had such a connection with a more budget friendly item, something that doesn’t require us to remortgage our house every time something catches my eye. Enter the Epiphone “Inspired by Gibson” collection! With these guitars finally starting to hit the shop floor, it’s probably a good time to talk about why we’re excited about this new range. 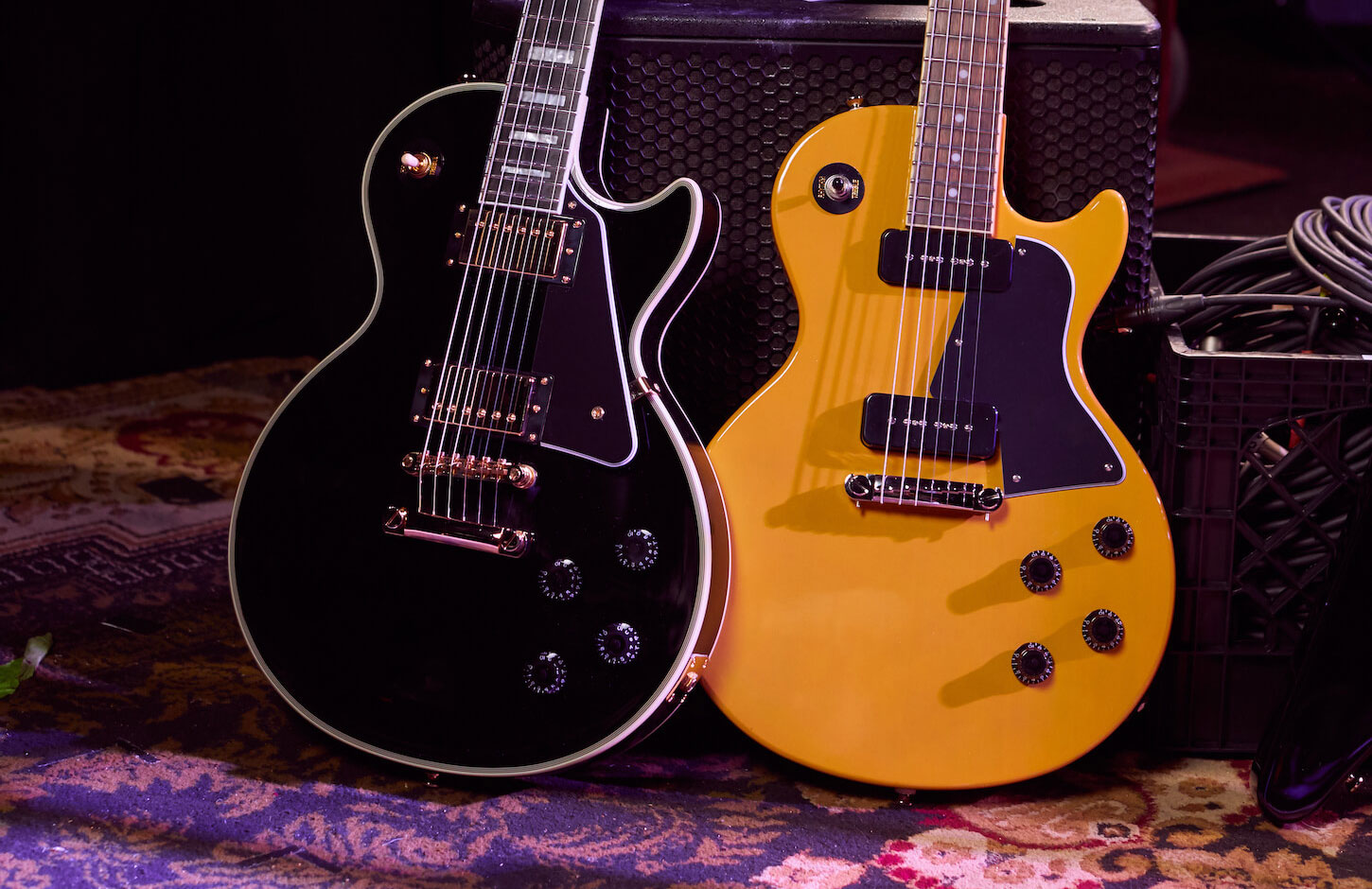 I would presume that if you’re reading this you’ll know who Epiphone are, but just in case you have been living under a rock, we’ll cover a few key points of the brand’s history.

At this point in history, Epiphone are the budget offering from Gibson Guitars. Purchased by the Kalamazoo based company in 1957, they produced guitars in Gibson’s USA factory alongside the more prestigious Gibson branded models. Later in the ‘70s, Gibson re-purposed the Epiphone name and applied it to a range of budget guitars made overseas in Japan, Korea and then eventually in China. Up to speed? Okay! That brings us to this brand new offering from the guitar giant.

Here’s what Epiphone has to say about the Inspired By Gibson collection:

“The Golden Era returns with the inspired by Gibson Collection. Paying tribute to our iconic past, this new Collection brings back the classic guitars that shaped sound across all generations and genres of music”.

Wait, aren’t all Epiphones “inspired by Gibson”? Isn’t that their thing? Well yes it is, but what this actually represents is a range of guitars that are based on last year’s Original Collection from Gibson USA.

The collection in question represented a “back to basics” approach to the way Gibson crafted their instruments, harkening back to the models that made Gibson the biggest name in Rock ‘n Roll throughout the ‘50s & ‘60s. They were a massive hit, so it makes sense that Gibson has passed this ethos down to the Epiphone brand for 2020. So with all this talk of the “old”, what’s new? Below I’ve picked out a couple of standout models. 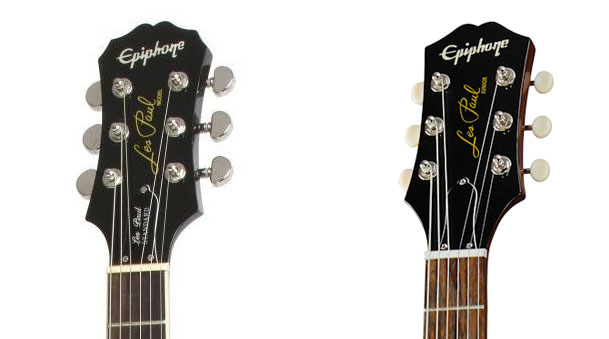 New headstock!
One of the most striking new (old?) additions to these guitars is the return of the “open book” headstock. Gone is the modern Epiphone headstock shape, instead returning to the classic look found on the original Epiphones from before Gibson had taken an interest in the brand. As you can see from the picture above, the difference is subtle but it’s there!

Les Paul Jnr
The Les Paul Junior is based on the ‘50s classic that has been a staple of rock for over six decades. Featuring a Mahogany body in Vintage Tobacco Sunburst finish, a single dogear P-90 PRO single coil pickup, a Lightning Bar wrap-around bridge, and Epiphone Deluxe Vintage tuners.

‘58 Flying V
The Flying V from the new collection recreates the ultra-rare 1958 classic with an Ebony finish, ProBucker humbuckers with CTS electronics, a Flying V string- thru tailpiece, and Epiphone Vintage Deluxe tuners.

Firebird
If you have been keeping up to date with my other articles, it shouldn’t surprise you that this one’s a highlight for me! The new Firebird recreates the classic Firebird as it was first produced in 1963. Featuring a Mahogany body in a Vintage Sunburst finish, Grover 18:1 ratio mini tuners, and powered by Epiphone ProBucker humbuckers with CTS electronics.

SG Custom
This one is definitely a looker! This new SG Custom recreates the legendary ‘60s era SG with the “LP-Custom” style binding that became a hard rock and heavy metal classic. The SG debuted in 1961 to replace the Les Paul which had been temporarily discontinued because of low sales. The SG Custom features an Ebony fingerboard, LP Custom style inlay, gold hardware, and Alnico Classic PRO humbuckers with CTS electronics. Available in Ebony finish.

Les Paul Standard ’60s
This stunning guitar recreates the look, sound and feel of 1960s era Les Pauls. Featuring a classic Mahogany body with a Maple cap, Grover tuners, and powered by ProBucker humbuckers with CTS electronics. Epiphone’s long friendship with Mr. Les Paul began in 1940 when Les built one of the world’s first solid body electric guitars while working nights at the original Epiphone factory in Manhattan. Les’ first solid body guitar, nicknamed “the Log”, would go on to inspire the Les Paul Standard, which many consider the greatest electric guitar ever made.

So there you have it, and hopefully you guys will pop down to your local store and try them out for yourself. We are all really excited about these guitars, and we can’t help but look to the future and wonder what will be released next!