An interview with Amy Lou & The Monday Club

Describe your music in three words.
(A) Flamboyant GOOD Time

How and when did the band form?
I’ve been playing as a solo artist since I was about 14 and last year I really wanted to take things to the next level, so over the months I recruited a few different players who eventually formed The Monday Club.

Where can we listen to your music?
Aw over – here’s some links: Spotify, YouTube

Tell us a bit about your songwriting process.
I write a lot of poetry and spoken word so if these poems don’t turn into poems they find themselves in songs. I like to write about unconventional things as well – as out of the box as possible sounds like an Amy Lou song! (I wrote a love song using a Fiat 500 as a metaphor!)

What do you listen to on the way to a gig?
A really eclectic mix, Joe and John who have played in the band for a while tend to queue their songs into the mix – the playlist can go from Annie Lennox to Frightened Rabbit to Twenty One Pilots to random Australian indie bands. I like to pop some class local bands in as well such as the boys in Moonlight Zoo and Oskar Braves …. so it’s all over the place.

Which of your songs do you enjoy playing the most?
I really love playing the latest single Fiat Five Hunner. The song starts with me (screaming??) NO!!! Having the crowd join in with this is amazing and sometimes hilarious – the song is really tense as well – it’s just a really fun tune.

If things go exactly to plan with the band, what would you like to achieve?
An Amy Lou cooking show sounds pretty class , or a set at the much needed revival of T in The Park, perhaps a sponsorship by Irn Bru….

Which bit of music gear could you not live without, and why?
I go between two gigging amps but my favourite is Vox’s mini superbeetle they brought out a few years ago. If I were an amp I’d be that. It’s short and small but the sound is chunky. I’ve had a lot of people who were doing the sound for us have a laugh about how small it is, but honestly I think it sounds amazing.

What’s your favourite brand of music gear, and why?
Guitar wise I don’t really have a preference . But for amps it’s got to be VOX. I go between an AC15 and a superbeetle and you really can’t beat them in my eyes. The cleans are gorgeous and the crunch is the most natural to my ears out there.

What was your best gig ever, and why?
We played a set at the old hairdressers in Glasgow a few months back – sweat and glitter everywhere packed into a tiny venue. Absolutely gorgeous.

Name your top three gig venues.
Stereo in Glasgow is absolutely cracking , I’ve got a lot of love for Sneaky Petes in Edinburgh, and I think I might be barred if I don’t mention old faithful hometown venue PJ Molloys in Dunfermline 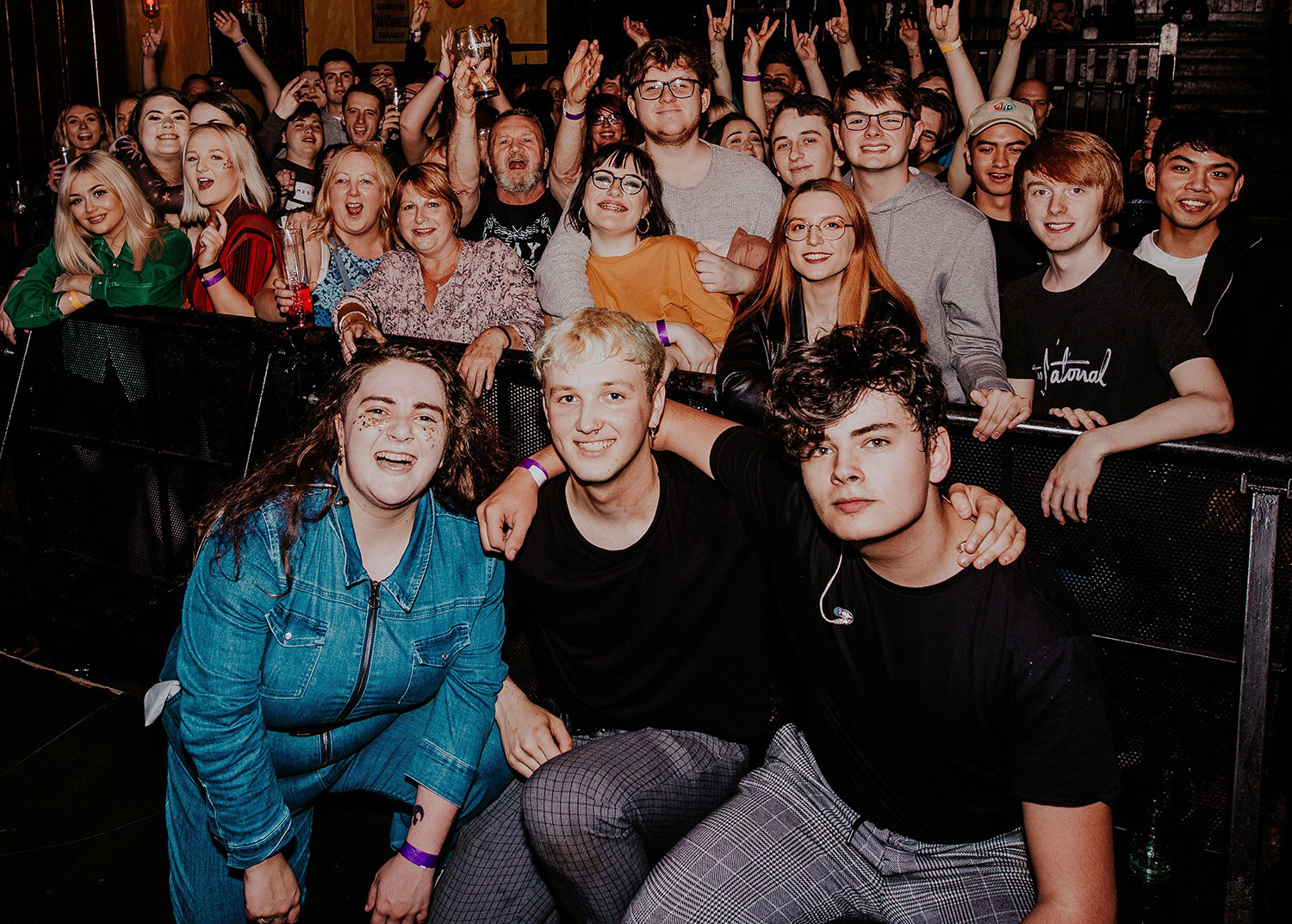 What are your favourite Scottish recording and / or rehearsal studios?
Monkhouse in Kirkcaldy is pretty special, Eggman Studios as well is absolutely class too!

What’s your personal favourite song you’ve released (or are about to release!)?
I’m sitting on two singles at the moment that are going to be released very soon. The second of which is probably my favourite song I’ve ever written. It features an aspect of spoken word, so something quite different for me to introduce into our music!

If you could only listen to one artist for the rest of your life – excluding yourselves – who would you pick?
Probably Fatherson. I’ve seen them at least 8 times now and their three albums are extremely contrasting so I think they would be a shout.

How do you promote yourselves? Is there any method you’ve found that has worked particularly well?
I find being as true to your natural self is so important, and be kind as possible. I’m known for sending people badges and stickers making a real connection with your audience to a personal level.

What’s next for you guys? Any gigs or releases coming up?
A little Scottish Tour in November/December in line with a couple of new tunes as well! All systems are go again.

Have you ever shopped at Kenny’s Music? If so, what did you buy?
I used to work in the Dunfermline store when I was 16 and it was my first ever job! Probably the most ideal job I could have when I was first really getting into gigging, but I’ve been going in since I was 13 – I don’t want to think about how much I’ve spent in Kenny’s over the years as it’s probably a bit too much!! My most recent BIG purchase was a pink paisley Jazzmaster.