X
This site uses cookies to provide and improve your shopping experience. If you want to benefit from this improved service, please opt-in.
More Info
Accept Cookies
PLACE AN ORDER AND YOU COULD WIN OVER £1,500 WORTH OF MUSIC GEAR! Learn More
Kenny's Music Blog Interviews An interview with Dancing On Tables
Menu
Interviews, News

An interview with Dancing On Tables

We caught up with Robbie, singer and keyboard player from upcoming Dunfermline band Dancing on Tables to chat about regretting their choice of name, lost keyboards, and busking for chicken nuggets…

Who’s in the band, and what do you each play?
Robbie – Vocals and Keys
Callum – Vocals and Rhythm Guitar
Hamish – Lead Guitar
Gregor – Bass
Reece – Drums

How and when did the band form?
We all went to school together and started playing music together there. We were already friends and happened to play different instruments so it made sense to write together. There was never an official start date, as we gradually got more serious about music, but we’ve been together for around five years.

Tell us a bit about your songwriting process.
Callum and I do most of our writing together. We’ve got really into writing with other artists too and have spent a lot of time out in Nashville working on new music.

What do you listen to on the way to a gig?
If we have a long van journey then we will normally listen to podcasts to pass the time (That Peter Crouch Podcast especially). Other than that it’s normally Robbie Williams.

What sort of music do you particularly dislike, and why?
Anything with an accordion because it makes me jealous that I can’t play it

Which of your songs do you enjoy playing the most?
I think that changes each gig. Missing always gets a huge reaction though, so it’s a fun one to do. Callum sings lead vocals on that one, so I only have to play a few chords and act like a glorified Bez.

How did you come up with your name?
We stepped in to support a friend and didn’t have a name. There was a party the night before which ended with people dancing on tables, so it seemed like a good name that we would love forever and never regret. It wasn’t.

If things go exactly to plan with the band, what would you like to achieve?
My aim has always been to have a song on Fifa. Playing Wembley is a distant second.

Which bit of music gear could you not live without, and why?
Due to the amount of time Hamish spends telling us about his love for it, I’ll say a Strymon delay pedal. He’d be a broken boy without it.

What’s your favourite brand of music gear, and why?
We use a lot of Ernie Ball gear which is always very reliable. We love you Ernie!! (#ad).

What was your best gig ever, and why?
LCD Soundsystem at Barrowlands was absolutely incredible. Perfect for that venue too. I went to a Sofar Sounds at my friend’s house in London and a guy called Zach Said played the best acoustic set I’ve ever seen.

What was your most disastrous gig ever, and why?
Last year we played Songs From Northern Britain and, despite being asked to pack a total of four things, Gregor forgot to pack my keyboard. It actually worked out to be a great gig, and I now know I can audition for the role of Bez in any Happy Mondays tribute act. 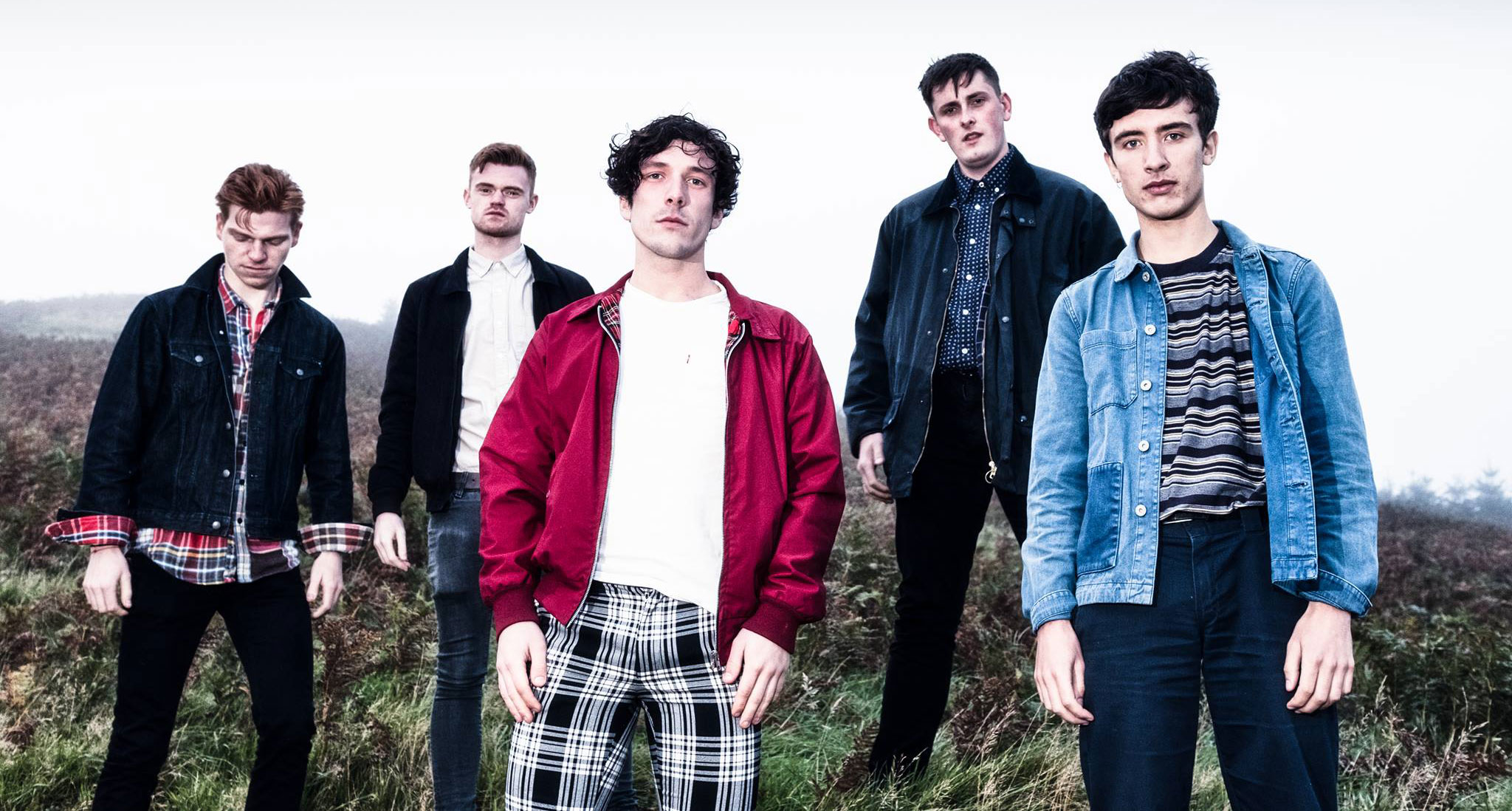 What are your favourite Scottish recording and / or rehearsal studios?
We have been practicing at Loopmaniac since day one and still love to go there. Liam always has a funny story to tell you whenever you want it and is a genuinely lovely guy. As well as Loopmaniac, we do the majority of our recording at Chamber Studio in Edinburgh. Graeme is equally as great as Liam. They always brings the best out of us during sessions

What’s your personal favourite song you’ve released (or are about to release!)?
There is a song we are going to release later in the year that we wrote on the first day of our recent Nashville trip with Liz Rose (now a friend and loveliest woman around). I have it stuck in my head at the end of every practice we play.

If you could only listen to one artist for the rest of your life – excluding yourselves – who would you pick?
Pixies, obviously.

How do you promote yourselves? Is there any method you’ve found that has worked particularly well?
We tried busking once and were overshadowed by a woman tripping over her bag directly in front of us. Got enough money for 20 chicken nuggets between two, so overall a promotional success.

What’s next for you guys? Any gigs or releases coming up?
We have spent a lot of this year working on material with some really exciting names. The second half of this year is going to be really busy with tours and putting more music out, can’t wait.

Out of all of you, who would win in a fight? What would each of your fighting techniques be?
Callum is a black belt at Goju Ryu so he would probably win.

Have you ever shopped at Kenny’s Music? If so, what did you buy?
I bought my first electric guitar from Kenny’s in Dunfermline. It was a J Mascis Jazzmaster and was my favourite possession for a very long time. We pop in a lot when we’re in Dunfermline, it’s always a great place to spend time trying out new gear.