Fresh from being signed by legendary music mogul Alan McGee (of Primal Scream and Oasis fame), we caught up with up-and-coming Dunfermline dream rockers (and regular customers of our Dunfermline store) Shambolics to find out what makes them tick..

How and when did the band form?
The band formed in 2015 after a few jams in our home Eggman Studios, we all knew each other before then though.

Where can we listen to your music?
Spotify / iTunes / YouTube etc., or come and listen to us live if you want to feel it proper!

Tell us a bit about your songwriting process.
Myself and Lewis write together and apart. Usually we’ll bring a song into practice and jam it or get together and try to write one. Songs are also born when all 4 of us are in the studio together jamming away sometimes we come up with stuff then and it develops from there.

What do you listen to on the way to a gig?
Depends on which way the wind is blowing… anything from Abba to Tupac!

What sort of music do you particularly dislike, and why?
It’s a hard one to comment on this cause you don’t want to piss anyone off, especially if they’re into it haha. Extreme heavy metal like thrash stuff isn’t really our cup of tea. Music should have melody / meaning and a bit soul. 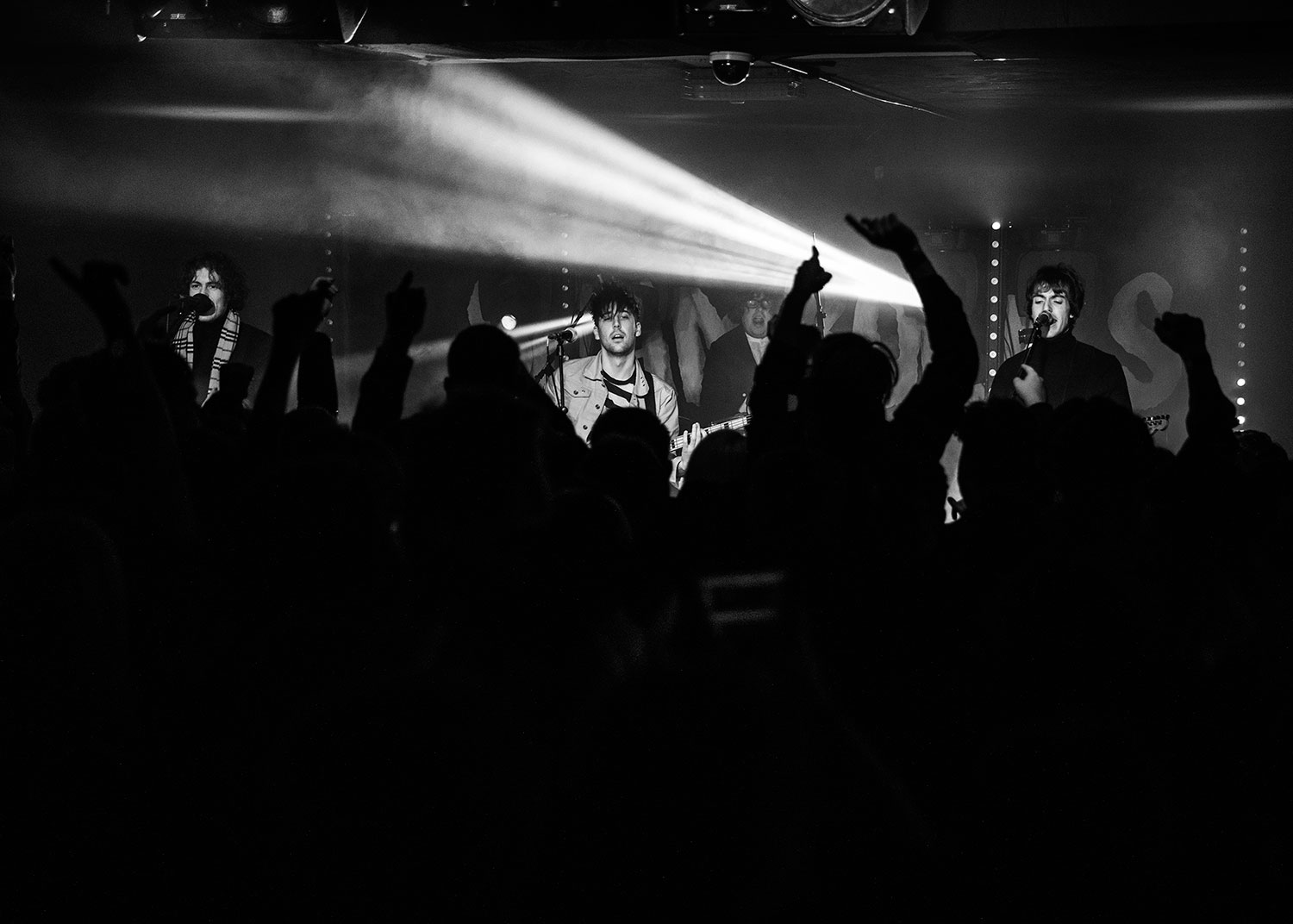 Which of your songs do you enjoy playing the most?
Chasing a Disaster, Love Collides & When She Goes Home always without a doubt go down a storm.

How did you come up with your name?
We came up with the name Shambolics because the band is an absolute shambles at times.

If things go exactly to plan with the band, what would you like to achieve?
Stadium Rock. Bringing back REAL music into the mainstream charts.

Which bit of music gear could you not live without, and why?
We would be a bit f*cked without our guitars… We are getting better at the harmonies though, so I suppose we could turn into a barbershop quartet.

What’s your favourite brand of music gear, and why?
Fender are great. We’ve used Fender guitars for a long time, as well as their amps. Again this is a hard one to pick because we love lots of other brands as well.

What was your best gig ever, and why?
Probably the night we got signed. That gig sold out long in advance… the gig was absolutely rammed and the atmosphere was electric.. McGee was there with a film crew following him about for a future documentary that’s being made on him.. everyone kinda knew what was happening and it felt like the 300 people in the building that night were all absolutely buzzing. There were even people outside crying. It was a special night.

What was your most disastrous gig ever, and why?
We’ve had a few! Probably one of the early ones where we’ve travelled like 3/400 miles and no one turned up and we’ve played sh*t, and then been bumped out of money by a dodgy promoter. I remember a few in Peterhead & Inverness that where a shambles.

Name your top three gig venues.
PJ Molloys will have to be there since its our local and we’ve had some great nights in there.
We’ve had a few sell out shows in King Tuts now and there’s always a good sound in there – the resident sound guy Jordan always nails it for us.
We just played a gig in an amazing relatively unknown venue in Galashiels called the MacArts Centre. Its an old church converted into a venue. The band room is bigger than our houses!

What are your favourite Scottish recording and / or rehearsal studios?
Eggman Studios.

What’s your personal favourite song you’ve released (or are about to release!)?
Chasing a Disaster!

If you could only listen to one artist for the rest of your life – excluding yourselves – who would you pick?
The Beatles.

How do you promote yourselves? Is there any method you’ve found that has worked particularly well?
There isn’t any particular method. Word of mouth is always the best. We always make sure we speak to fans or have a good drink with them, or make sure we do any good deeds for them. They appreciate that and speak about you, keeping it real.Being vocal on social media always goes down a treat. I suppose it’s got its benefits. I hate social media so I’m only on it a lot before we’re releasing a tune or touring to try and promote it. 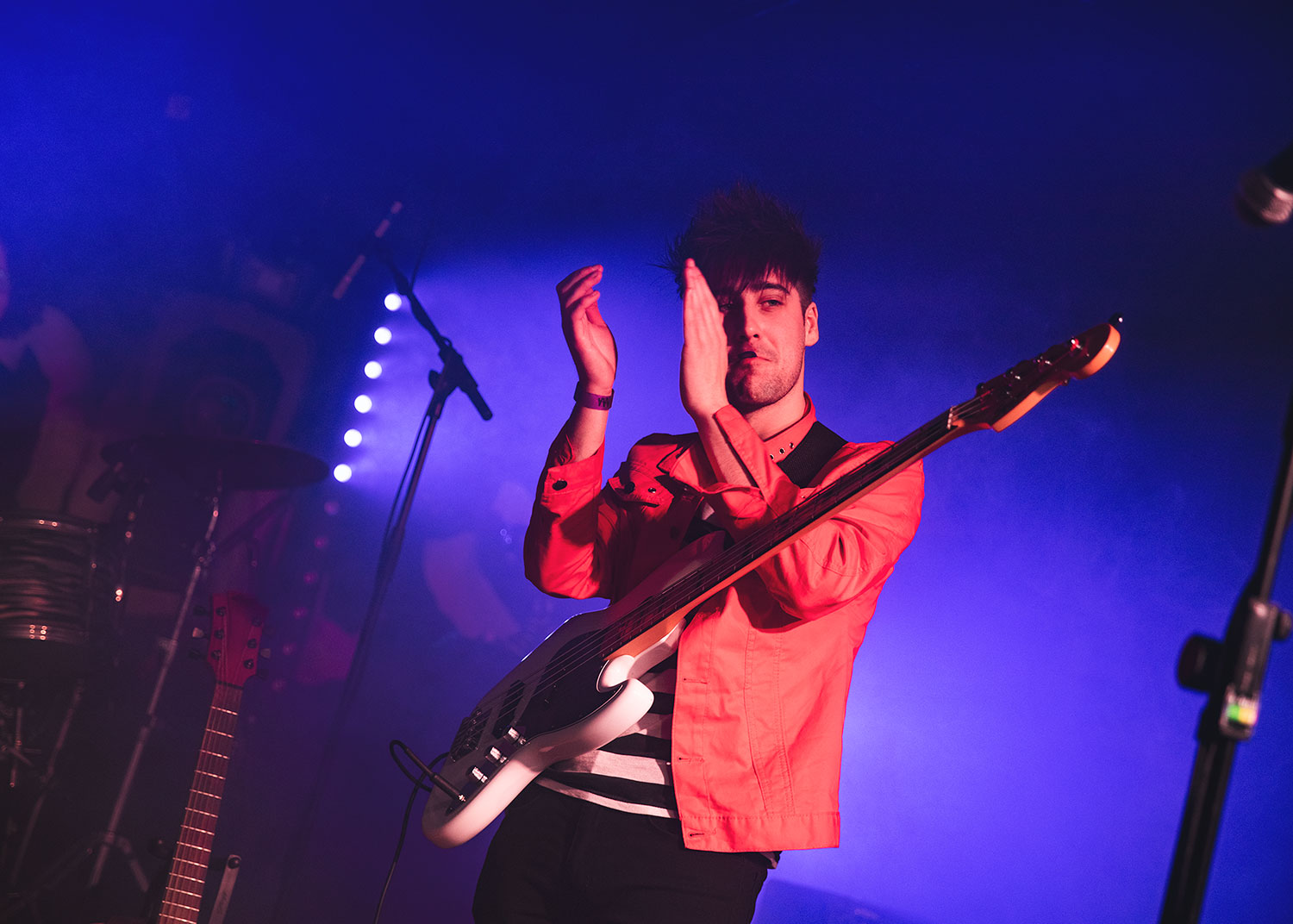 What’s next for you guys? Any gigs or releases coming up?
We’ll be releasing a tune in Oct/Nov time and touring again in November. It’s gonna be a good one and the single will be available on vinyl.

Out of all of you, who would win in a fight? What would each of your fighting techniques be?
Depends who would be up for it the most on the day, and who was the most sober I suppose hahaha!

Have you ever shopped at Kenny’s Music? If so, what did you buy?
Yeah we shop at Kenny’s in Dunfermline regularly and know all the guys that work there. It’s a great shop with great gear and great salesmen. I remember going in to buy a £10 tambourine one day and nearly coming out £1000 in debt with a new guitar!