An interview with Hellripper

We caught up with Aberdeen based one-man metal machine James McBain (a.k.a. Hellripper) to talk about touring Europe, the best venues in Aberdeen and Scooter.

Who’s in the band, and what do you each play?
Just myself (James McBain) and I play and record everything on my own at home. I have a live band for shows which at the moment consists of myself on guitar and vocals, Max Southall on drums, Clark Core on bass and Joseph Quinlan on guitar.

How and when did the band form?
2014 was when I officially started getting stuff written and recorded for the band’s first EP which was then released at the very start of 2015. Basically, I wanted to play this sort of music and couldn’t find anyone else that was interested in doing it with me at the time. So I decided to try and do everything by myself at home!

Where can we listen to your music?
Bandcamp, YouTube, Spotify, Apple Music… all of the other major streaming sites!

Tell us a bit about your songwriting process.
Usually I come up with a riff or guitar part while jamming and then just expand on that! I use a software called TuxGuitar (similar to GuitarPro) to write the song and I work in a linear way so I almost always start with the song intro and then continue from there. When a section of the song is complete on guitar, I then add drums and a bass part on TuxGuitar. Lyrics and vocals are usually done last after everything is recorded and any additional guitar parts or leads or backing vocals etc. are done at the very end!

What do you listen to on the way to a gig?
On our most recent European tour I found a 3 CD version of Scooter’s greatest hits which got played a lot! Over 3 hours of absolute tunes! Otherwise, usually a mix of all styles of music from pop to death metal. When you are driving for a few hours everyday, you don’t want to have the same kind of thing on constantly!

Which of your songs do you enjoy playing the most?
I enjoy playing Conduit Closing a lot because it’s probably the fastest song in our set at the moment and the guitar parts are really fun to play!

How did you come up with your name?
It just came into my head one day and I thought it sounded cool haha!

If things go exactly to plan with the band, what would you like to achieve?
I’ve already achieved far more than I ever imagined with this band and I have a couple of really cool things in the works right now that are going to be really cool! My main goal now is to just keep growing and having as much people hear the music as possible!

Which bit of music gear could you not live without, and why?
I’ve used my Gibson Explorer for almost every live show I’ve ever played and almost every recording I have been a part of so definitely that!

What’s your favourite brand of music gear, and why?
I like a lot of brands! Too many to mention a favourite I think!

What was your best gig ever, and why?
There have been a few very cool shows in the band’s short existence but a personal highlight from our most recent tour would be our show with Midnight at The Dome in London back in April. It was one of the biggest crowds we have played for so far and the audience were nuts! And since Midnight are one of my favourite bands of all time and an influence on me musically, that made the show even better! Their show was brilliant as expected and I met and spoke to a lot of people afterwards which was really cool!

What was your most disastrous gig ever, and why?
There have been a couple where we have had an off day or equipment hasn’t worked properly or whatever, but none that I would say were disastrous (I hope haha)! 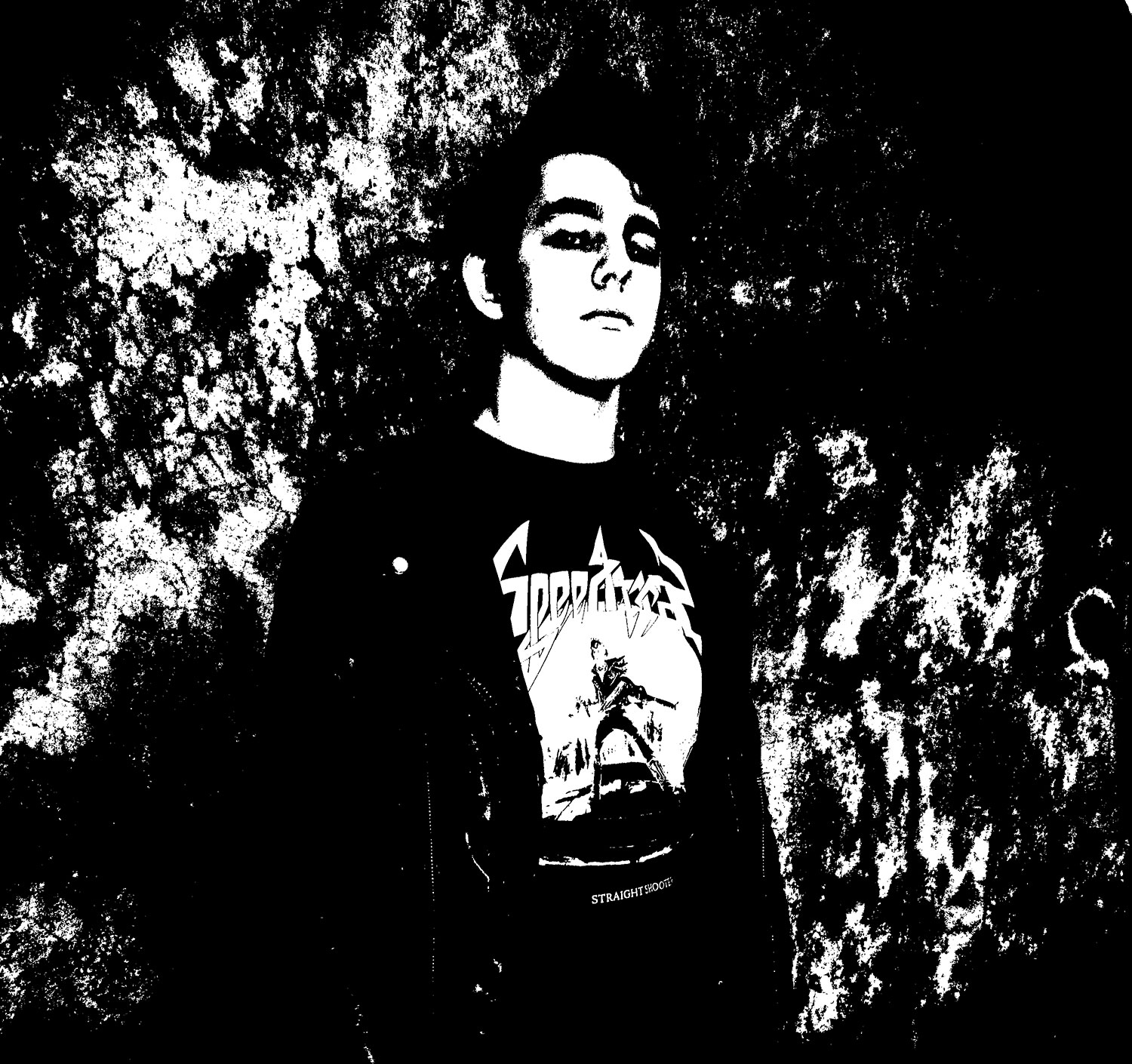 Name your top three gig venues.
There are a lot of venues that are great for different reasons and I could mention a ton of them! I would like to mention in particular though:

Zukunft am Ostkreuz in Berlin is great! It’s like a massive all-in-one place with an indoor and outdoor cinema, a couple of live rooms, a standard bar with a beer garden… and possibly more that I don’t know about! Really cool place with a DIY feel too!

Downstairs and Musical Vision in Aberdeen deserve a mention! ‘Downstairs’ is sadly closed now but from 2014 to 2016, that’s where I played most regularly in various bands. It had a great vibe and it had a great scene that hung around there and attended shows! Musical Vision is a rehearsal studio that started putting on shows more regularly when Downstairs closed. Despite it being a rehearsal studio, there’s always an amazing atmosphere for shows there and it’s always a good party!

What are your favourite Scottish recording and / or rehearsal studios?
I haven’t used very many, but Captain Tom’s and Musical Vision in Aberdeen are ones that I use the most often. Both are very cool places with really nice staff and both do a lot for the scene in Aberdeen!

What’s your personal favourite song you’ve released (or are about to release!)?
Personal favourites of mine would be ‘Conduit Closing’ because I find the guitar parts incredibly fun to play, and ‘All Hail The Goat’, which is a newer song and again is just really fun to play! There are a few that will be released on the next album that I think are great too and am excited to get them played live!

If you could only listen to one artist for the rest of your life – excluding yourselves – who would you pick?
Red Hot Chili Peppers – they are my favourite band of all time and one of the first bands that got me into music in the first place! John Frusciante is my biggest influence on guitar too!

How do you promote yourselves? Is there any method you’ve found that has worked particularly well?
I use social media a lot and that is basically like 90% of my promotion! I use Facebook, Twitter and Instagram regularly as I think it’s important to be visible on as many platforms as possible to increase your reach. Other than that, I think the fans of the band do a lot for the band. I think I have seen more growth and reaction through word of mouth than anything else, and for that I am very grateful!

What’s next for you guys? Any gigs or releases coming up?
I have just signed with a new record label which will be announced later in the year, so that’s exciting! A new album will be released through them in the first half of 2020.

We have a few shows coming up in both the UK and Europe. We will be playing at Bloodshed Fest in Eindhoven next in September and we will be a part of the Orange Goblin Christmas show in December which is at the Electric Ballroom in London. That will be our biggest show to date which is cool, and it is alongside Orange Goblin, Discharge (both favourites of mine!) and NAUT who are a really cool newer band! For a list of all of our upcoming shows, head to the band website or the Facebook page!

Out of all of you, who would win in a fight? What would each of your fighting techniques be?
I think that’s implying that I fight myself? If so, I would probably just punch myself in the nuts. Plus, I would both win and lose (mainly lose though in this scenario)!

Have you ever shopped at Kenny’s Music? If so, what did you buy?
I have, many times! In fact, Joseph (Live guitarist) worked at the Aberdeen store for a while last year!

I usually get strings and other small stuff that you have to replace regularly from Kenny’s. I also bought my Marshall JCM900 a few years back that I use to record! I have bought a few guitars from Kenny’s over the years too, including a Fender Telecaster, an LTD V and an Epiphone Les Paul. I’ve probably bought more stuff that I can’t remember haha!