Building a home recording studio on a budget

With technology improving in leaps and bounds, recording and releasing your own music is now easier than it ever has been. We often get asked by customers what they’ll need to get going at home, so we thought we’d put this post together to give some pointers.

Stand-alone multitrack recorders are not as popular as they once were, mainly because the technology that most people have in their home computers (or even their phones!) is significantly superior and – crucially – you already have it! So in this article, we’re going to assume that you have a computer at home that you can use for recording.

Other than a computer, the basic requirements of a home recording studio are as follows:

We’ll keep things simple and make a recommendation for which product we think is best in each of these categories plus an “uber-budget” option for those who are especially cost-conscious, and we’ll keep a running tally of what we’ve spent along the way.

The best audio interface for a home studio

Audio interfaces are computer components to allow you to get sound in and out of your computer. Most computers will have some sort of audio interface built in (e.g. the headphone output), but these will generally not offer sufficient sound quality or feature the right sort of connectors for doing proper recording, so it is advisable to buy an external interface.

The most popular audio interface in the world is the Focusrite Scarlett 2i2. This plugs in to your computer via the USB connection and has a helpful “Easy Start” tool to get you all set up with no fuss. It features two mic preamps for plugging microphones in, and two instrument inputs for plugging e.g guitars in. It sounds great and will work with all popular DAW software.

Uber-budget option: the Focusrite Scarlett Solo is a cut-down version of the 2i2, with only one of each mic preamp and instrument input.

DAW software for a home studio

DAW software allows you to record multiple tracks of audio on top of each other and mix them together with effects and EQ. Most DAWs also offer MIDI recording, which differs from audio recording in that you’re recording information about which notes are played, rather than the actual sound. This makes editing (and correcting mistakes!) much easier later on.

At Kenny’s Music, we don’t keep stock of DAW software. Why not? Because it’s easy to buy direct from the manufacturer, there are a lot of great free options, and many audio interfaces come shipped with it.

Uber-budget option: erm… you can’t get cheaper than free!

Studio monitors are speakers expressly designed to offer a clear representation of the sound coming through them (as opposed to hi-fi speakers, that aim to make the sound better than it is). You will plug the output of your interface into the input of the speakers.

Currently the most popular and best-sounding studio monitors are the Yamaha HS5 active studio monitors (“active” means they have amps built in). They build on Yamaha’s legendary NS10M monitors, seen in professional studios around the world, and offer all the clarity and accuracy you need at a price that won’t break the bank.

Uber-budget option: The Mackie CR4BT monitors offer great sound quality, though they sacrifice some clarity and won’t go as loud as the HS5s.

Most DAW software comes with some software instruments featuring bass sounds, drum sounds and more, and if you want to be able to play these, you’ll need a keyboard controller. These will often also features knobs and / or sliders for controlling things like the volume levels of your different tracks.

A great starter option is the Novation Launchkey 25, which features two octaves of keyboard (enough for most bass lines), as well as 16 pads for playing in drum sounds, and 8 knobs for tweaking parameters in your software.

Uber-budget option: The Novation Launchkey Mini is a miniaturised version of the Launchkey 25; a little more fiddly to play but also more portable!

If there’s one area you shouldn’t scrimp on, it’s the microphone. You need this to catch every last detail of your voice or instrument. British-designed Aston Microphones are a great choice, with the Aston Origin a brilliant all-rounder, designed to be versatile but with a special focus on capturing vocals and acoustic guitars.

Uber-budget option: the LD Systems Podcast2 package is significantly cheaper, but comes with a stand and cable. It will also plug straight in via USB. However, it won’t make use of the interface’s clean preamps and won’t capture as accurate a sound. 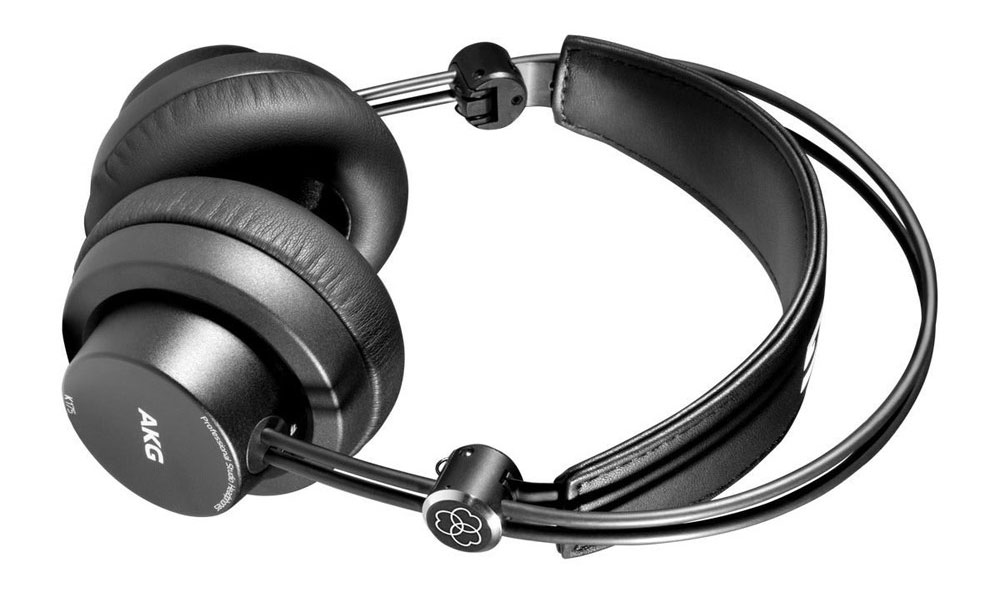 Last but not least, you’ll need a pair of headphones. This is so you can layer extra parts on top of your track while keeping these new parts clean for separate application of effects etc.

The AKG K175 over-ear headphones are an excellent sounding and well-priced option. And, possibly more importantly considering the amount of time you may want to wear them for, they’re very comfortable!

Uber-budget option: the AV Link SH30T headphones are not the most comfortable option, but they’re cheap.

So, for under £800 (or even under £500), you can get everything you need to start recording your own albums at home. What’s stopping you?