X
This site uses cookies to provide and improve your shopping experience. If you want to benefit from this improved service, please opt-in.
More Info
Accept Cookies
Kenny's Music Blog Features Getting The Most Out Of Your Fender Jaguar
Menu
Features, News

Getting The Most Out Of Your Fender Jaguar

The Fender Jaguar – The guitar that’s equal parts beautiful, unique and infuriating! Daryl from our Dundee store has written this handy guide to taming the beast that is the Jag!

Let me start by saying that I love the Jaguar. My Jag is one of my go-to guitars for the studio. With two different tone circuits and more switches than any guitar reasonably requires, the tonal options are endless. That being said, it does have it’s problems.. 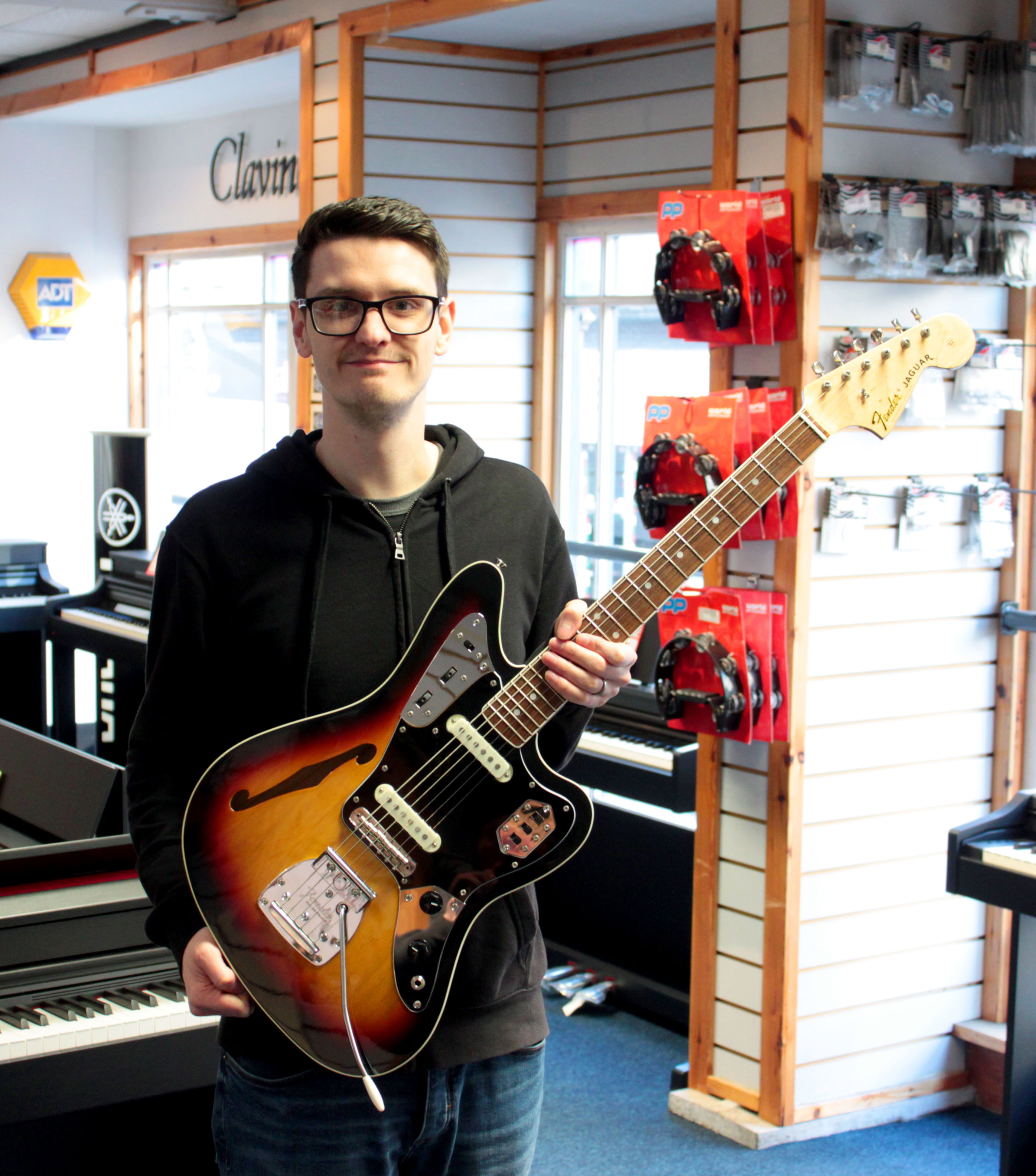 I know I’m not the first guitar player to complain about living with a Jag, and if you’re reading this then the chances are you’re well versed with it’s problems as well. Even though the Jaguar was the top-of-the-line guitar Fender offered in the early ’60s, it has always been plagued with issues!

In this blog post I want to discuss a few mods I have made to my guitar, and share a couple of tips that I have picked up along the way.

It Was In Tune When I Bought It!

One of the most common problems with the Jag is keeping the thing in tune! Usually they are shipped from Fender equipped with gauge 9 string sets, however I went up to a set of 11’s. This greatly improves the tuning stability. With the guitar being a shorter scale length (24” rather than the standard 25.5”), the greater tension from the gauge 11 strings will help with the overall feel of the guitar as well (they stop it feeling like you’re playing elastic bands for strings). Another bonus is that it can also help beef up the tone of the usually bright sounding guitar! 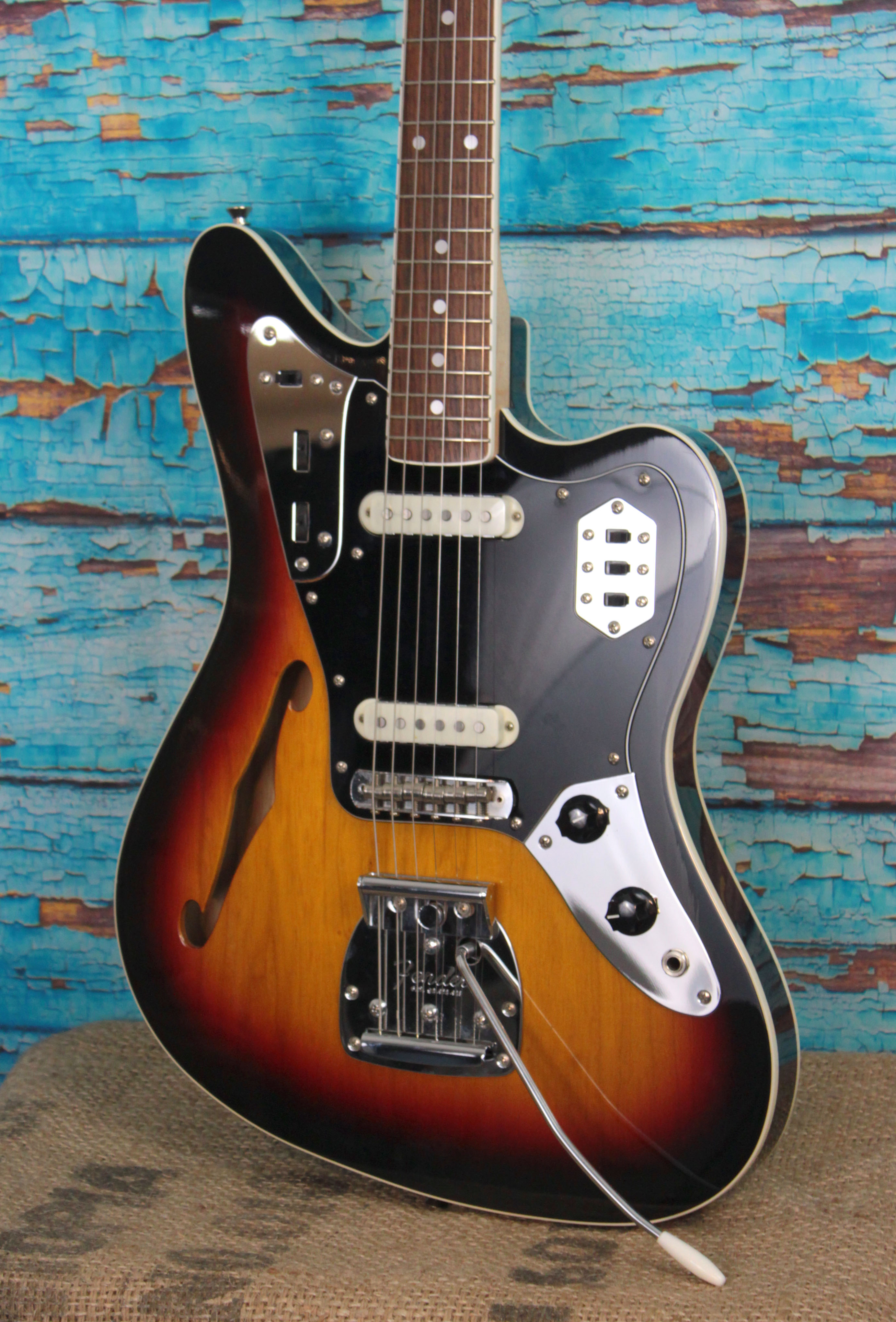 Give Your Guitar A Manicure

For this one you might need to raid your girlfriend, wife, sister or mum’s make up bag. Do you find the little grub screws that adjust the bridge saddles keep moving of their own accord? The vibration of the strings is the culprit here. A simple way to get round this problem is a tiny blob of clear nail varnish on the top of the grub screw. This is great because it can be easily removed if you need to adjust the set-up of your guitar. Just be careful not to get any on the finish!

Do the strings keep popping out of the grooves in the saddle? This has always been a major issue for many notable Jag players, such as Johnny Marr. The easiest and most cost effective way to solve this issue is to replace the saddles for the ones you usually find on a Fender Mustang (as demonstrated on the Johnny Marr signature Jaguar model). 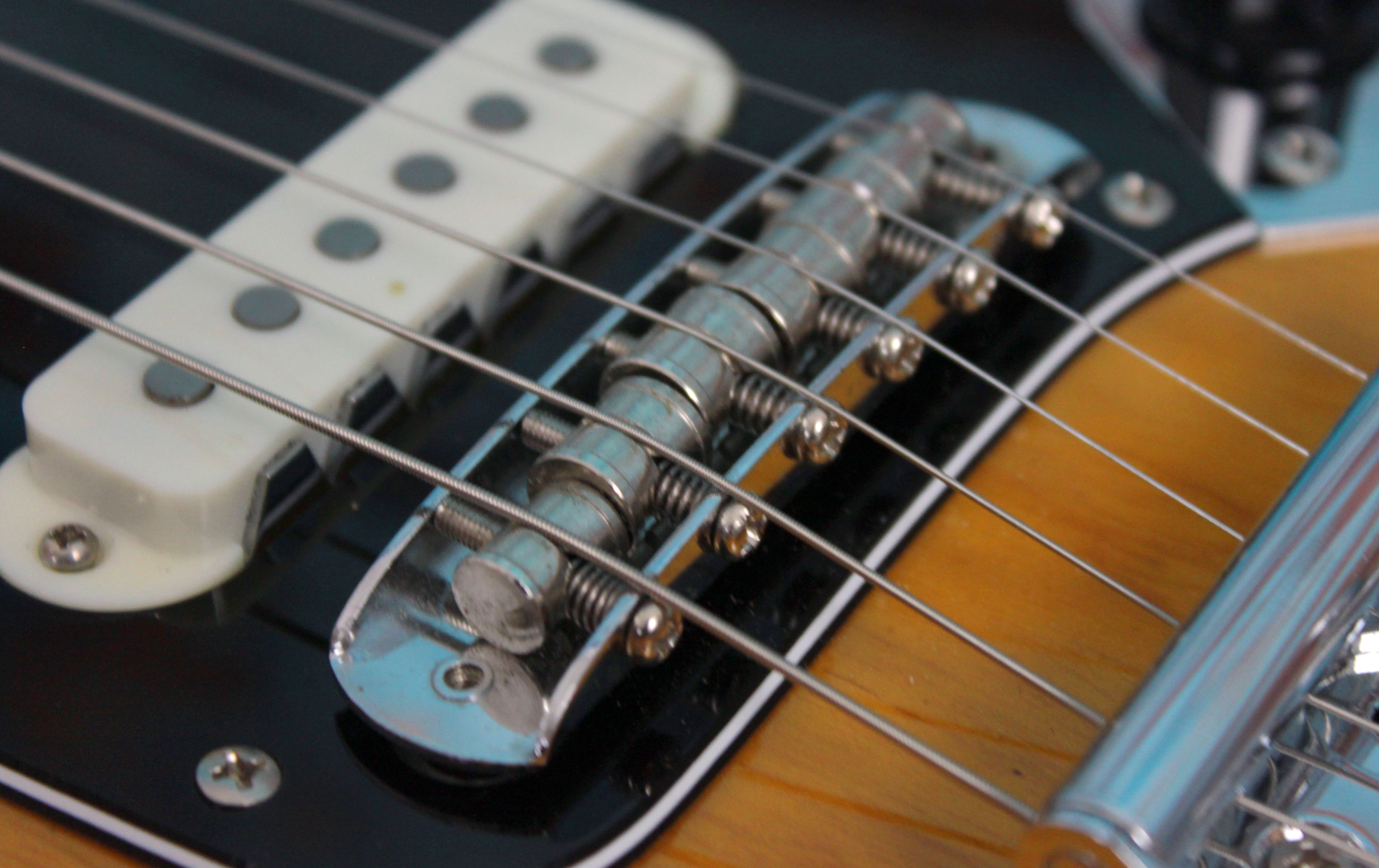 The “Buzz Stop” is a device used to increase the string break angle over the saddles which, as the name suggests, helps reduce the buzzing that’s all too common on the Jaguar. The extra downward force on the bridge has the added benefit of making the movement of the trem feel smoother. They are easy to install, as it uses two of the existing screws on the tremolo block.

Put Something On The End Of It

Most Jaguars use a “push in” style of trem arm. These are great because they are super easy to put in or take out, however they can become a little loose over time, which isn’t ideal when you’re busting out a solo and just need to bend your strings into oblivion. 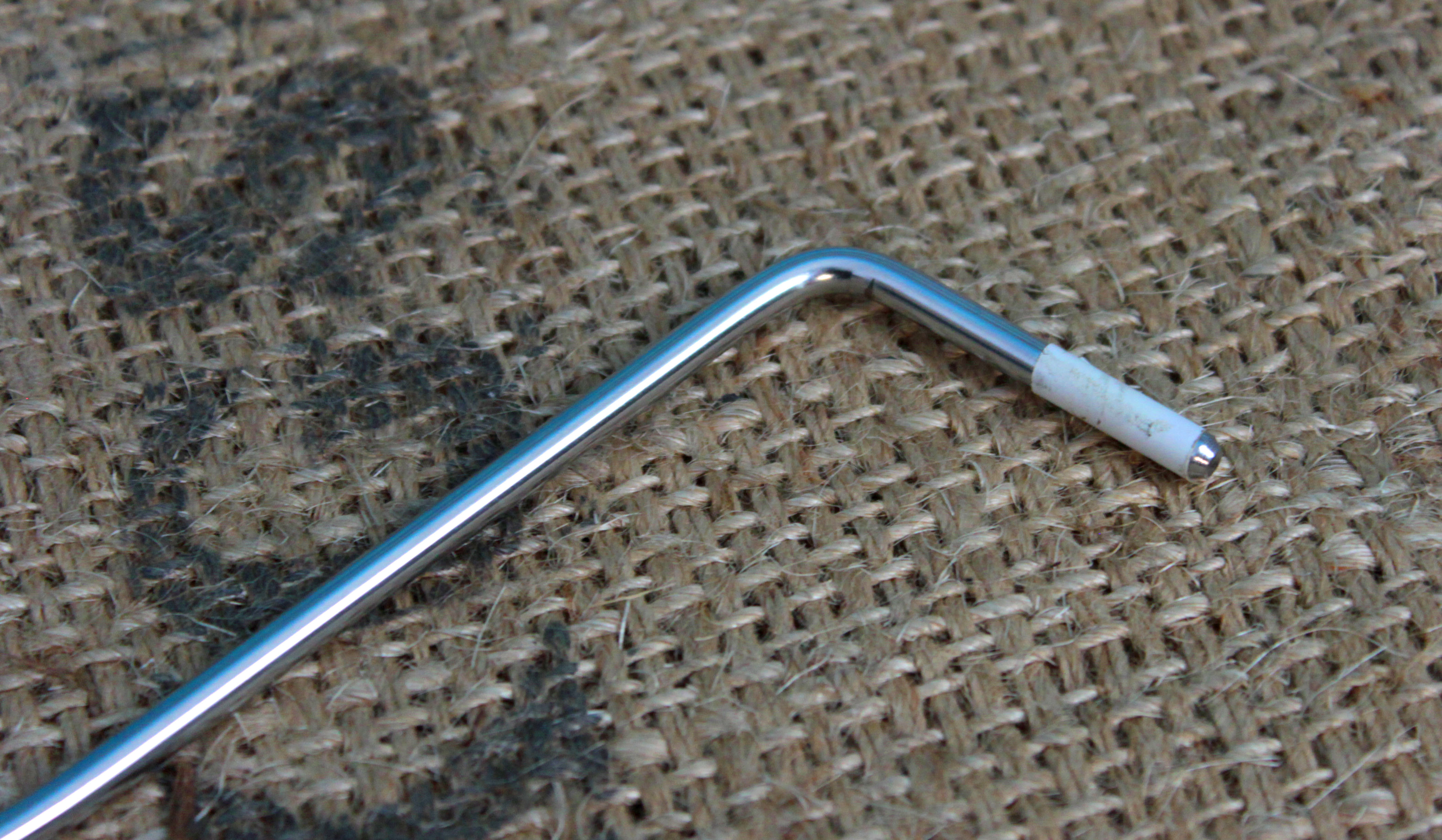 This is my very simple yet effective fix. Use a little bit of tape to wrap the end of the trem arm – this just helps give it a little more mass and ultimately stops it moving around. I think we all have a roll of tape in our gig bags or pedalboard cases, and if you don’t, I’d highly recommend chucking some in there. Nothing quite like a last minute patch job before you go on stage.

The last thing I did to my guitar was change the pick-ups. Now before you think about changing the pick-ups, think about what sound you are looking for and what you are not getting out of your current pick-up set. 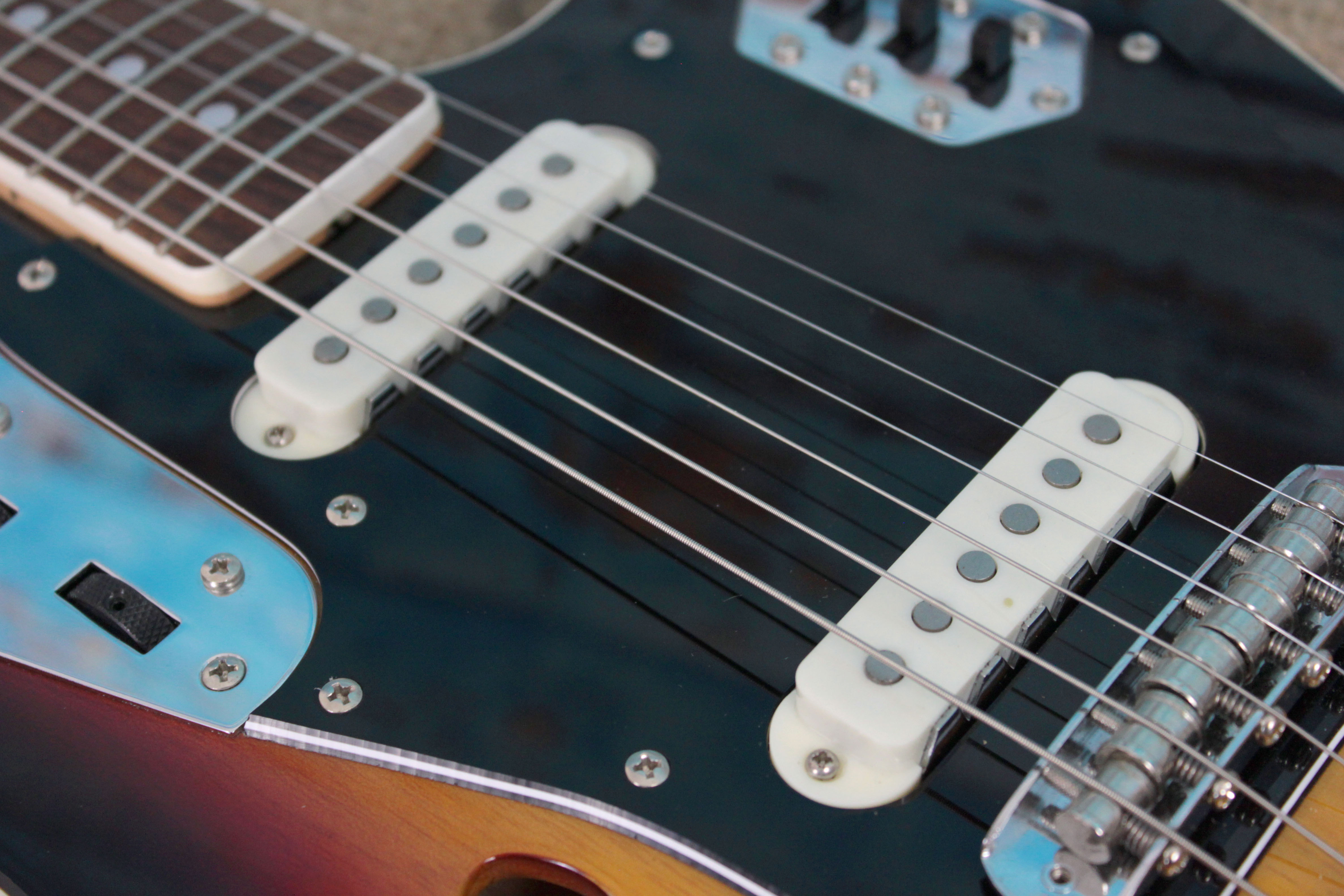 For me it was a lack of power and low end, so I went for the “Alt88” set by Creamery Pick-ups. The Alt ’88 pickup was inspired by the alternative music scene of the mid-to-late ’80s and is overwound for more output and midrange punch. I highly recommend them!

But… only if that’s the sound you’re going for. Do your research and see what other Jag players are using. Pick-ups are not a one size fits all solution when it comes to improving your tone.

Got any tips of your own? Let us know below