Squier are probably one of the best known brands in the guitar playing omniverse and if you started playing guitar at some point between 1995 and now, there’s a pretty good chance that a Squier Stratocaster is what you learned on, punching out “Smoke On The Water” using power chords, exclusively in the wrong key. But aside from being entry level Fender guitars, what do you really know about the company? If the answer to that question is “not a thing”, then you are in the right place.

From here, Victor Carroll Squier moved to Battle Creek and set up the “Fiddle Factory” which would later serve as the basis for the C.W. Squier Company. The Fiddle Factory largely became involved in the production of strings for violins, banjos and guitars.

Flashforward a couple of decades to the 1930’s. Squier have moved with the time, and as well as now producing strings for these new fangled electrical guitars everyone seems to be raving about, but they also make electrical goods such as radios and similar items. 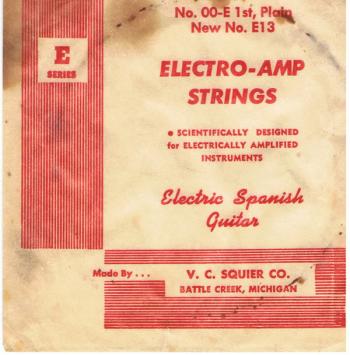 It was the strings that got Squier onto Fenders radar, as the C.W. Squier Company began supplying Leonidas Fender with the strings he was using on his early electric guitars and Fender would then go on to buy the company in 1965, shortly before Leo himself would sell the Fender company to CBS in the same year. Following this buyout, in 1975, CBS elected to retire the Squier name, rebranding the strings and Fenders as well.

The Fender brand went from strength to strength in this time, producing many of the instruments we still know today, however in all this time they never produced entry level versions of the Stratocaster or Telecaster. Instead, Fender opted to produce the more affordable Fender Lead series. These were distinct models in their own right, and whilst more affordable than Strats and Teles, were still made in Fullerton, California. 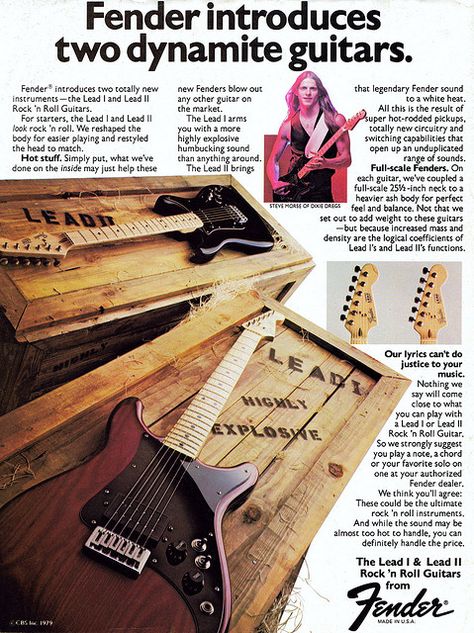 This meant there was a gap in the market for affordable Strats and Teles, or rather there would have been had other savvy manufacturers not seen this and started absolutely flooding the marketplace with Japanese copies.

The Return of Squier

Here’s how I imagine the conversation went. “We are losing money hand over fist to these cheap copies, we need to start making some of our own!”.“But that would cheapen our brand! If we make cheap versions of our own guitar, no one will buy the standard one!”“Wait, didn’t we used to own a violin company? Couldn’t we use their name?”This was followed by some patting of their own backs, then as it was the 80’s everyone jumped into a Lamborghini Countach and headed home for the day. 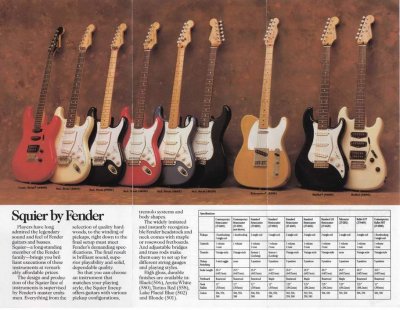 Following the template used by their competitors, “Squier” guitars started being produced in Japan, with “Fenders” first entry level Stratocaster and Telecaster lines.

The modern Squier range is produced in both China and Indonesia and far from being simply cheap copies of Fenders, they are pretty well respected in their own right amongst both critics and players, the Classic Vibe series being a particular highlight in my personal opinion. Where once it might have been considered an extreme faux pas to take a Squier on stage, now they even produce signature models for some well known artists.So there we have it, from violins to electric guitar in a little under a century. I like to think that Jerome Bonaparte Squier would be proud of the legacy he set in motion, but mostly I just wanted an excuse to use his name again.