Today we’re crossing over to the dark side of music where distortion, low end, and the colour black rules supreme. We are of course talking about metal, and we’re going to discuss some things you might want to consider if you’re relatively new to the genre, and want to know how guitar components are going to shape your sound. Now I will lead with a caveat. This is an overview, and is in no way intended to be a definitive guide on metal sounds. If you are making metal using a Jazzmaster and a Blues Driver, power to you, but you’re definitely in the minority.

So there are a couple of things to consider when looking at your pickups, but for the sake of the conversation I’m going to try and keep this super simple. We’re going to look at humbuckers vs single coil, and we’re going to look at active vs passive.Humbucker Vs Single CoilA Humbucking pickup is essentially 2 single coil pickups made into one and wired in such a way that they cancel out some of the unwanted noise created by guitars and electronics. I’m pretty sure there’s a wizard involved somewhere as well. The end product is a pickup which produces a thicker, mid-range-heavy tone. They are also generally slightly higher output than single coils and less prone to unwanted noise, lending themselves to high gain sounds and setups.Generally a single coil will produce a little noise, and will offer more treble and bass, and a slightly lower output. This isn’t a hard and fast rule as you get things like P90 pickups, which are single coils but have a much thicker, fatter tone than a standard single coil and will produce more noise.Broadly speaking, most metal guitarists opt for humbuckers. The noise-cancelling and mid-range focus mean that when you are using high gain sounds they will produce thick, disgusting tones without introducing a ton of unwanted noise. However! As is always the case in these situations, that is not a definitive rule, and there are a pile of metal players who either predominantly or exclusively use single coils, Yngwie Malmsteen and Richie Kotzen being two such examples.

Active vs. PassiveIn an electric guitar, an active pickup requires power and has a built in preamp which boosts the output and generally slightly EQs the sounds of the pick up, giving a fuller, more shaped sound compared to a passive pickup. A passive pickup is just an electromagnet which passes the vibrations of the strings to an amplifier (or pedal board) which does all the heavy lifting in producing and shaping the sound. I think it would be fair to say that active pickups are far more common amongst metal players, but this is kind of a Marmite subject; some people love the sound you get from an active pickup, others really hate it.

When it comes to deciding what kind of pickups you want in your guitar, the best thing you can do is listen to a lot of metal, figure out what kind of sound you actually want and find out how they’re making that sound. Alternatively, pop into your local Kenny’s Music and try some stuff. See what you like the sound of. There are no wrong answers here! Also consider HSS guitar, or coil taps and splitting. These offer the best of both worlds, so if you need more versatile tones they are definitely worth considering.

Once again, there are a plethora of options here, but for the purposes of not just throwing information at you, we’re going to simplify it and talk about fixed bridges and tremolo systems.Fixed BridgesThese come in many forms such as tune-o-matic, hard tails and wrap around. There are 2 main benefits to a fixed bridge and the first is stability. Do you know what’s more stable than something that moves? Something that doesn’t. The fact that a fixed bridge stays stationary means they tend to offer more tuning stability, which is a particularly big factor if you’re playing metal and want to experiment with lower tunings. The other factor is sustain. Now I’m not going to get into the tonewood argument because… well I don’t want to, but any kind of trem system requires a load of material being removed from the middle of the guitar, reducing the mass and changing the way the instrument resonates. A fixed bridge means no removed material, more mass equals more to resonate, more resonance equals more sustain… sort of. It’s not really as black and white as that because it never is.

Tremolo systemsOnce again, this covers all manner of sins from vintage tremolos, to Floyd Roses and even includes Bigsbys. The main benefits of a tremolo system of any sort is versatility. You can pitch bend and dive bomb and squeal, and it’s all right there at your fingertips. It’s worth noting that these kinds of bridges can be a bit more fiddly when it comes to maintenance, so you might find yourself paying for setups a bit more frequently, and a lot of guitar technicians charge a small premium for setting up a Floyd Rose, as they should (you have to be a 9th level Mage to do this properly).

Scale length on a guitar is the distance from the saddle to the nut. The main thing scale affects from a player perspective is the string tension of the guitar.Generally if you want to play in standard tuning on a shorter scale guitar, you will need to use thicker strings to compensate for the tension, unless you particularly like the feeling of playing on spaghetti strings. This is the reason Fenders generally come strung with 9’s and Gibson’s have 10’s, Gibson standard scale being shorter than Fenders. You can actually see this by getting elastic bands and stretching and plucking them, if you increase the tension but keep it the same length the pitch increases, it’s exactly the same principle on a guitar string (but, if you hurt yourself, I never told you to do it ok?).So what if you want to play in drop C? Well, you have 2 options. You can put big chunky strings on your guitar, or you might want to consider something with a longer scale length to compensate for it. Depending on how low you want to go, you might even want to consider a baritone.

This once again comes back to tuning. If you’ve opted for a lower tuning and a tremolo, it might be an idea to find something with locking tuners or a locking nut. These aren’t going to stop your guitar slipping out of tune, but they will help reduce it so that you’re tweaking your tuning rather than having to completely tune your guitar every 8 bars. Also, if you’re thinking of playing particularly energetic music, the “jumping around and thrashing the guitar a bit” kind, it might be worth considering straplocks. There aren’t many guitars where these come fitted as standard, but you can pick up a good set pretty affordably, and they’re really easy to fit. You know how to work a screwdriver, right? Just stick it with the pointy end.

So there are two factors to this. The first is sound, and the second is appearance. The shape and materials a guitar is made of do affect the sound of the guitar. If this were not the case Les Pauls would sound exactly like Telecasters and no one would need more than one guitar (well… maybe 2, you need a back up, right?). This is again an instance where the best thing you can do is look at other guitarists and see what they’re using to make the tones you love or, once again, try some stuff and see what sounds right for you. Appearance might sound like a lesser concern, but if you’re in a band called “Ventriloquist Death Cycle” with a Turquoise Epiphone Casino, you’re gonna look out of place. A guitarist I played with in the past had a high-end Dean Razorback. It sounded amazing and I think it might have featured on a couple of our earlier recordings, but he ended up selling it because we were a bluesy rock band and, as good as it sounded, it was going to look really weird live. The point I’m making is that whilst sound should be the first concern, aesthetics do matter.

So there we have it. I hope this is helpful and gives you some kind of understanding of how components might change the way your guitar sounds and what you might want to consider for your tone. My overarching advice on this one is see what other people are doing. If you’ve found a guitar tone you love on a recording, Google is your friend; go see what they used to make those sounds and try and recreate it. Also, do not be afraid to try things. If you think your tone needs a hollow body Gretsch running into 3 stacked MetalZones running into an acoustic simulator pedal, try it. If it sounds terrible, at least you now know not to do it again… 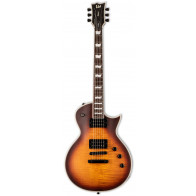 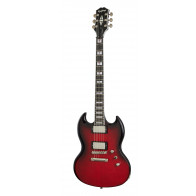 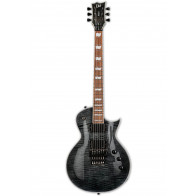 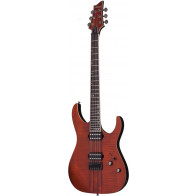 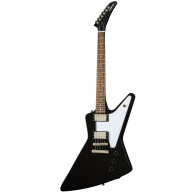 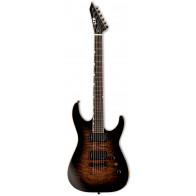 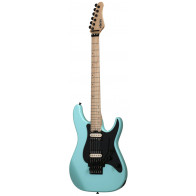