Gibson and Slash. Like Batman and Robin, strawberries and cream or “taps aff” and 20 degrees, it’s a pairing that just makes sense. In January 2020 Gibson showed they very much felt the same way when they launched the “Slash” range of Gibson guitars, and I wrote a similar blog, where I made a similar joke. Well true to form, Epiphone have brought out their “Inspired by Gibson” Slash series, and we wanna talk about them! The Slash series includes 2 models. The first is an electro acoustic J-45 and the other is a Firebird. Nah. Just kidding, but can you imagine? Of course it’s a Les Paul! It’s Slash. What else would it be?

So rather than an exhaustive list of features, let’s just give you the highlights. The Slash J-45 is an all solid instrument, with a solid sitka spruce top and mahogany back and sides. It also features an LR Baggs under saddle pickup and pre-amp. All of these features would be perfectly at home on a Gibson, so you really are getting quite a bit of guitar for your money here. 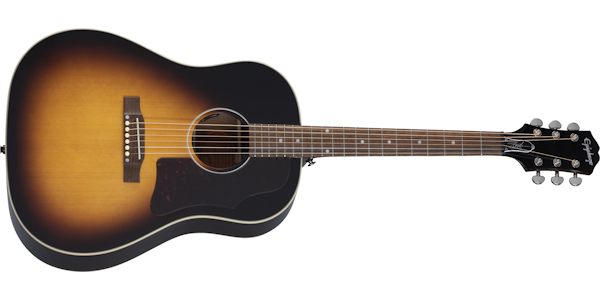 The J-45 also features a V shaped neck and flattened 16” radius neck, which do make the guitar feel very different to play than your standard Epi J-45. The Slash J-45 is available 2 exclusive to the range finishes, either November burst (a sort of muted Sunburst) or Vermillion burst. Both finishes come with a Slash branded Epiphone hardcase.

Once again, we’re going to stick to what makes these guitars stand out against the run of the mill Epiphone Les Paul Standard. So let’s start with the appearance. All the “burst” finish guitars feature flame maple top veneer, with the Gold top being the only exception for obvious reasons. They also feature black Custom ProBucker pickups, with the exception of the Appetite Burst which has “Zebra” style Custom Probuckers instead.

In terms of hardware, the guitar features Epiphone Vintage deluxe tuners, a LockTone bridge and tailpiece and a set of Epiphone straplocks. The Slash Les Paul is once again available in both Vermillion and November burst, but also comes in Anaconda burst (green), Appetite Burst (clear aged lacquer, not really a burst) and The “Victoria” Goldtop. Once again, all of these guitars feature the Slash branded hardcase.

Quite honestly, these are really solid guitars. The J-45 offers an all solid acoustic guitar with good quality electronics and a hardcase for under £1000. And the same is true of the Les Paul, it’s a whole lot of guitar for the budget, and well worth a look if you want a Les Paul that’s maybe just a little outside the box.I’m not gonna lie, I’m pretty impressed with myself for making it through this entire thing without making a single Guns N’ Roses pun. Thank you for your Patience…