The little yellow box that changed the world

I can’t think of many boxes out there more impressive, or that have a wider reaching impact than the Boss OD-1 Overdrive pedal. Well, I can think of one, but it’s bigger on the inside, travels through space and time and looks an awful lot like a ‘50s police box.

Anyway, let’s talk about this little yellow box of tone! In the dark ages, before pedals were small enough to fit in the palm of your hand, they were enormous, bulky monstrosities that took up half the stage and required several of your bandmates to help lift (more or less). These early “pedals” were also expensive, and on top of that, it was notoriously hard to get your hands on one.

Boss would change all of this with the introduction of the compact pedal in 1977. This made pedals smaller, easier to use and more accessible to the average – read: impoverished and without a tech – guitar player. I cannot stress enough how important this fundamental change to the design of pedals was. Without this change, the very culture that surrounds guitar pedals might never have materialised! What would we spend all our spare cash on?

Originally introduced alongside the PH-1 Phaser and the rather obscure SP-1 Spectrum, the OD-1 Overdrive absolutely stood out above the rest. 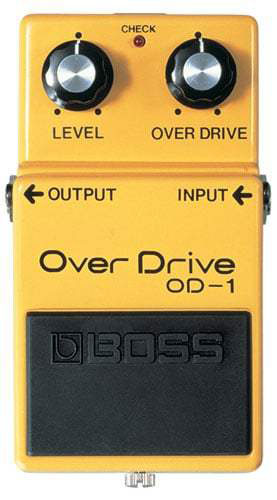 The OD-1 Overdrive Pedal
With its warm, natural and amp-like overdrive, the OD-1 was a massive hit with guitar players of the day, granting them the ability to transform any boring old amp into a blistering, ear-shattering, rock machine at the stomp of a small metal box.

As is often the case with this era of musical equipment, this golden stompbox has been replicated, copied and cloned more than almost any other pedal, with only the Ibanez Tubescreamer standing out as a possible exception.

Pedal builders have often emulated the OD-1’s famous “asymmetrical-clipping” circuit, often forming the basis for their own overdrive pedals. Without this pedal we wouldn’t have many modern favourites, and I’m sure we can all agree that would be tragic.

How It Evolved
So naturally, with the success of the OD-1 Boss had found their niche, and would go on to develop pedals of every size, shape and purpose. But let’s focus on their overdrive and distortion pedals, and break down a few notable models. 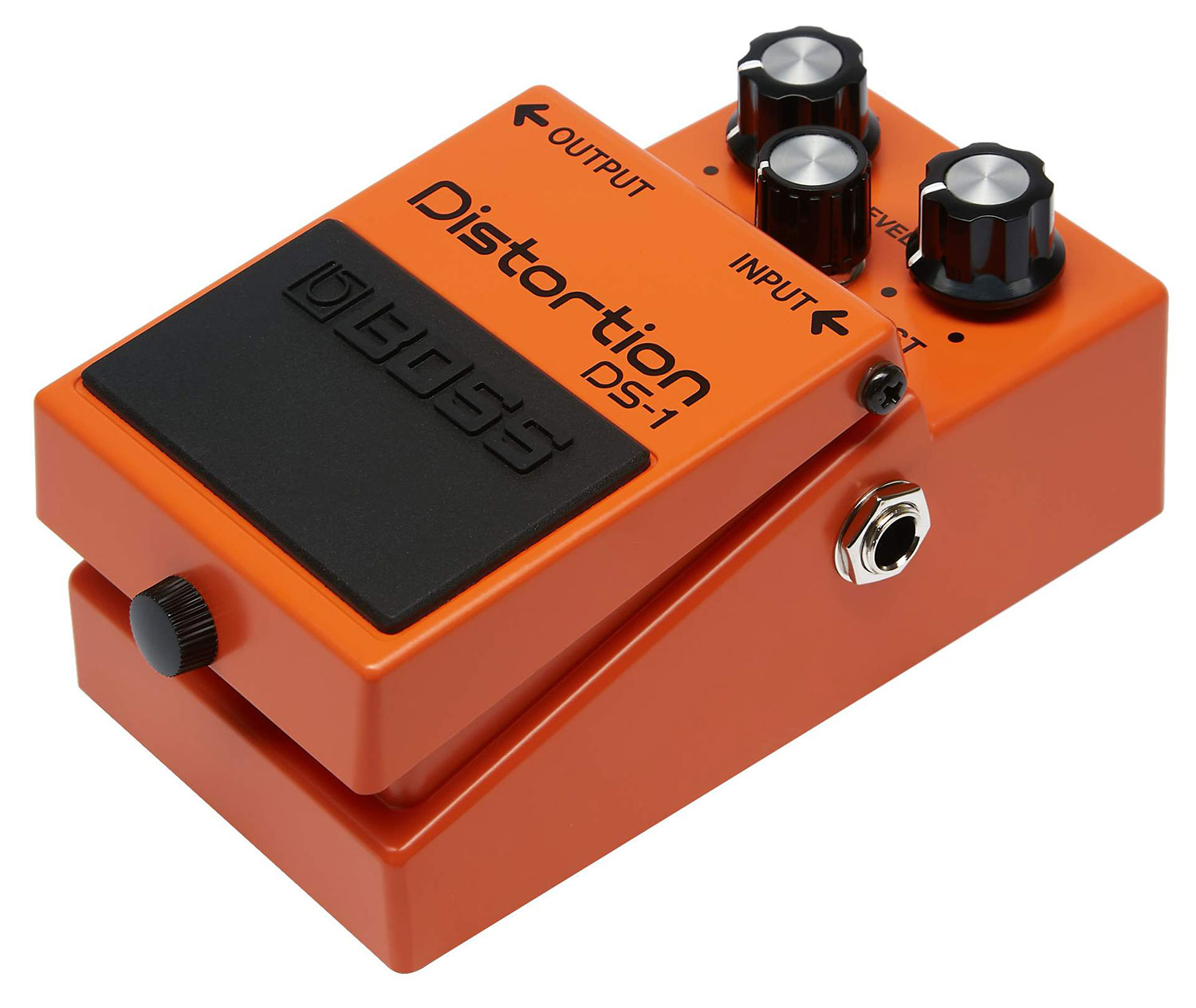 DS-1 Distortion
Released just a year after it’s predecessor, the DS-1 had a heavier, harsher sound. Building on the sound of the OD-1, the DS-1 pushed the signal to its limits creating more severe clipping of the signal resulting in distortion rather than overdrive. 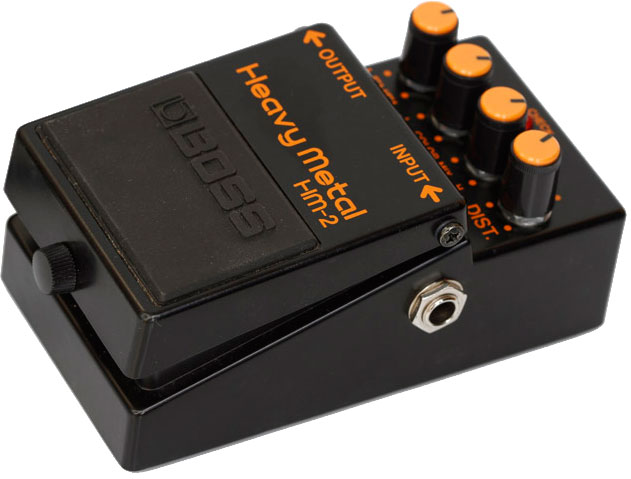 HM-2 Heavy Metal
Fun fact: Osmium and Iridium are the heaviest metals in the world. Anyway, in the 1980’s, the world saw a shift in guitar based music with the rise of hard rock and heavy metal. Boss needed to release a pedal that would keep up with the growing demand for higher gain and heavier sounds. Enter the HM-2.

This pedal took the DS-1 even further and added more gain than you’d ever need. These pedals have become somewhat of a cult classic over the years. Also, it’s black. Because, Metal m//.

An honourable mention to the MT-2 Metal Zone pedal, the modern equivalent of the HM-2 and a pedal that has the ability to divide the guitar community unlike any other. 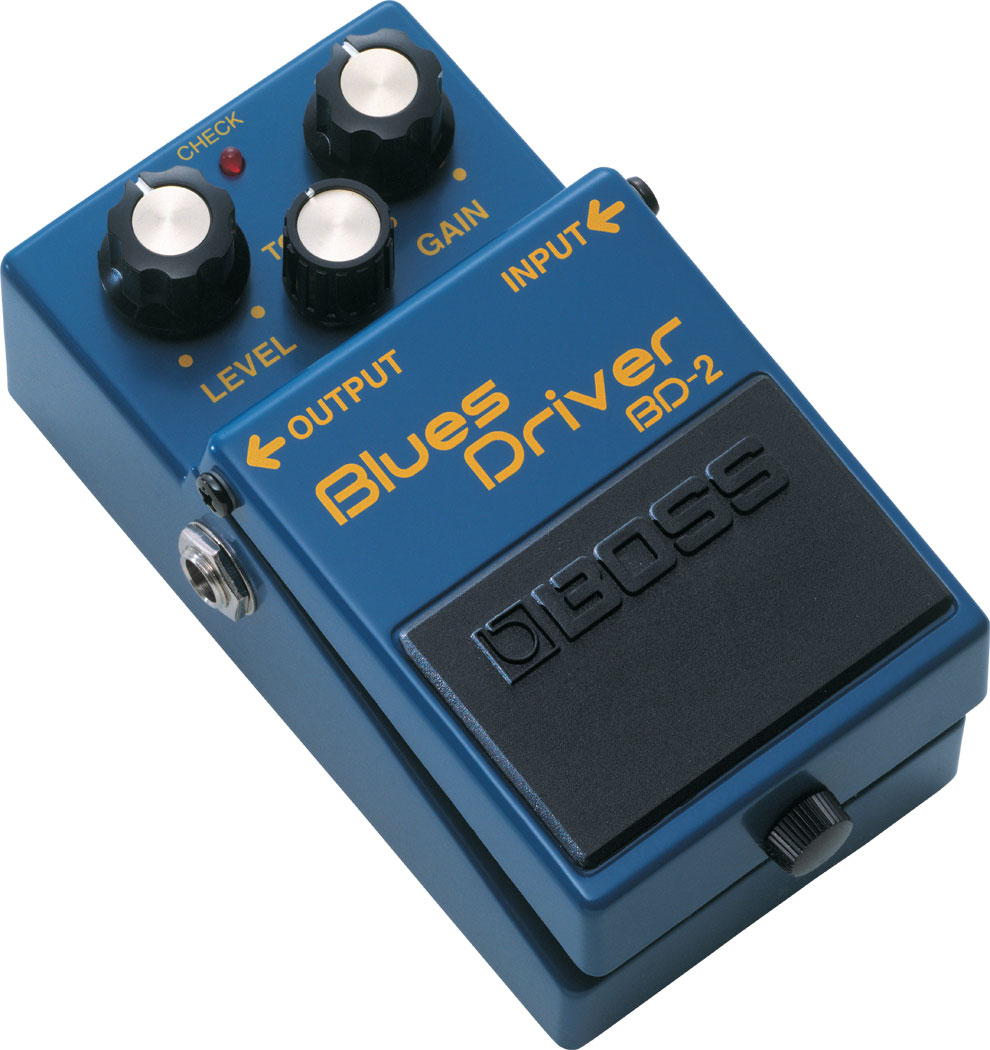 BD-2 Blues Driver
The BD-2 delivers the creamy, yet crunchy audible peanut butter that represents truly great blues guitar tone. This pedal moves from warm overdrive to emotive distortion in a dynamic and responsive way, akin to what you might expect from an old tube amp. This is one of my personal favourite Boss pedals; I’ve used one as my main overdrive sound for years and even as a boost pedal when I’ve moved to other overdrives.

So this brings us to today…
With the OD-1 long discontinued, where can we find that sound? Well, the modern equivalent is the OD-3. This pedal is almost identical to the original but with one big difference… it has a tone control! This gives us the ability to shape the overall sound of the pedal, making it brighter or darker depending on what you need. 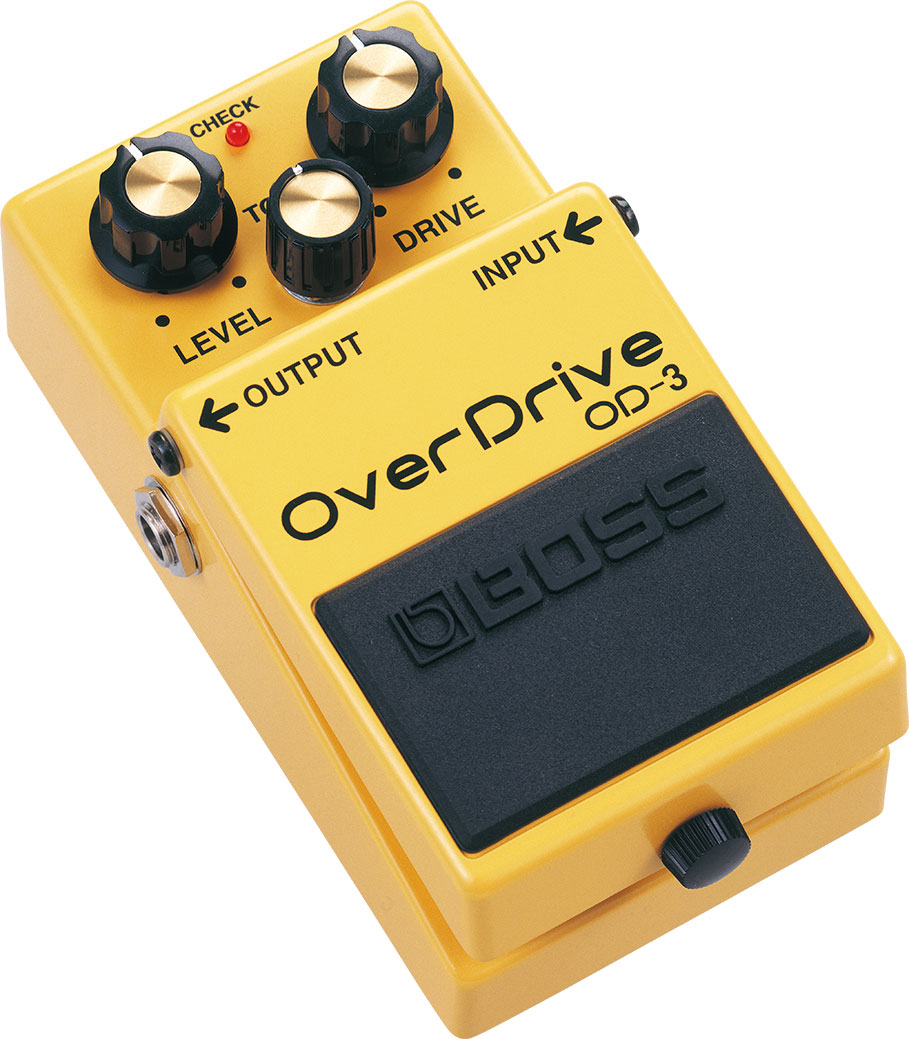 Here’s what Boss have to say about it:

“Built in the tradition of the legendary BOSS overdrives, the OD-3 OverDrive pedal gives guitarists a greatly expanded range of smooth overdrive tones and improved response while staying true to the original”.

So that was my break down of one of the most influential pedals of all time. Did you know how far back the history of this little yellow box goes? Let us know!