When people think of New York City, they might picture the Empire State Building, the bright lights of Time Square, or perhaps the Statue of Liberty. For us at Kenny’s Music, D’Angelico Guitars is what springs to mind!

D’angelico is a company that owes so much to the magnificent city it calls home. From its roots as a small shop in the heart of Manhattan’s Little Italy, to its distinguished headstock design which takes inspiration from the city’s architecture, New York is thoroughly in D’Angelico’s DNA. Let’s dive a little deeper into this 88-year-old guitar company that you may not know too much about!

Where did it all begin?
The story starts way back in 1905 New York City, John D’Angelico’s place of birth. John showed a keen interest in instrument making from the early age of nine, and even became an apprentice of his grand-uncle Raphael Ciani, a remarkable violin and mandolin builder. This apprenticeship would prove invaluable, as he would later go on to use knowledge gained from his uncle to craft his own archtop guitars.

After Raphael Ciani died, D’Angelico took over management of the business, but it turned out he didn’t enjoy having to supervise fifteen members of staff. He would later leave and open his first store in 1932, located at 40 Kenmare Street in Manhattan’s Little Italy. 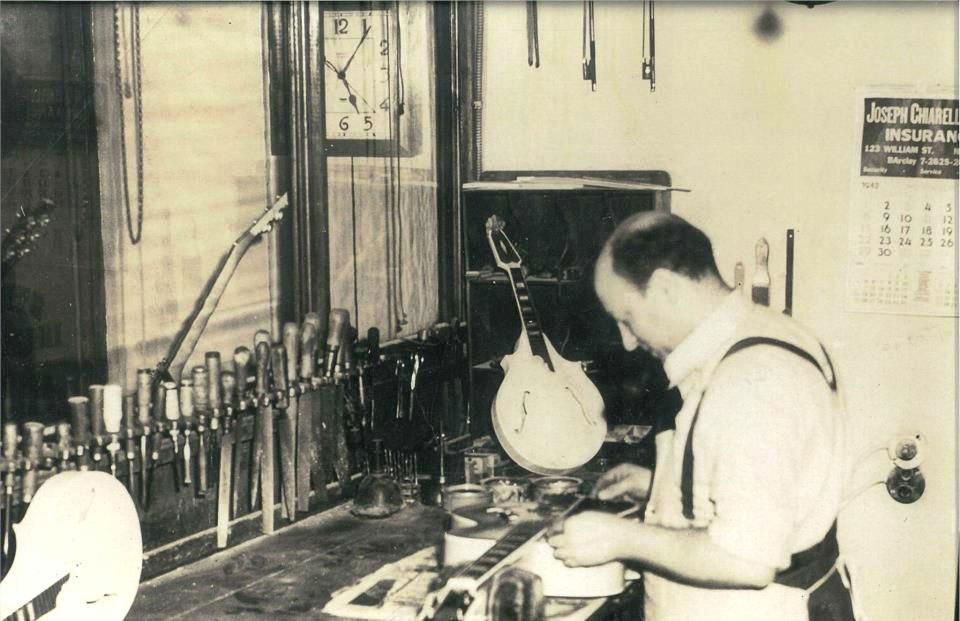 After a few years D’Angelico had established himself as the city’s premier builder of archtop guitars, a reputation that would eventually garner the attention of bigger, more established companies. However, John refused to sell and ultimately decided to keep the operation under his own name. Despite being completely handmade in very limited quantities, the early guitars were no more expensive than similar “mass-produced” guitars manufactured by the likes of Epiphone and Gibson at the time. This resulted in D’angelico guitars being incredibly sought after, especially among the jazz guitarists community.

Throughout the early 1960s, John D’Angelico’s health unfortunately began to take a turn for the worse. As the only other worker in the shop, his then-apprentice Jimmy D’Aquisto slowly began to take on more of the instrument building work himself.In the winter of ’64, D’Angelico passed away from heart failure at only 59 years old. After inheriting the workshop, D’Aquisto eventually purchased the shop from the D’Angelico family, but he later went on to build guitars under his own name, and the D’angelico brand was consigned to the history books for decades. Until… 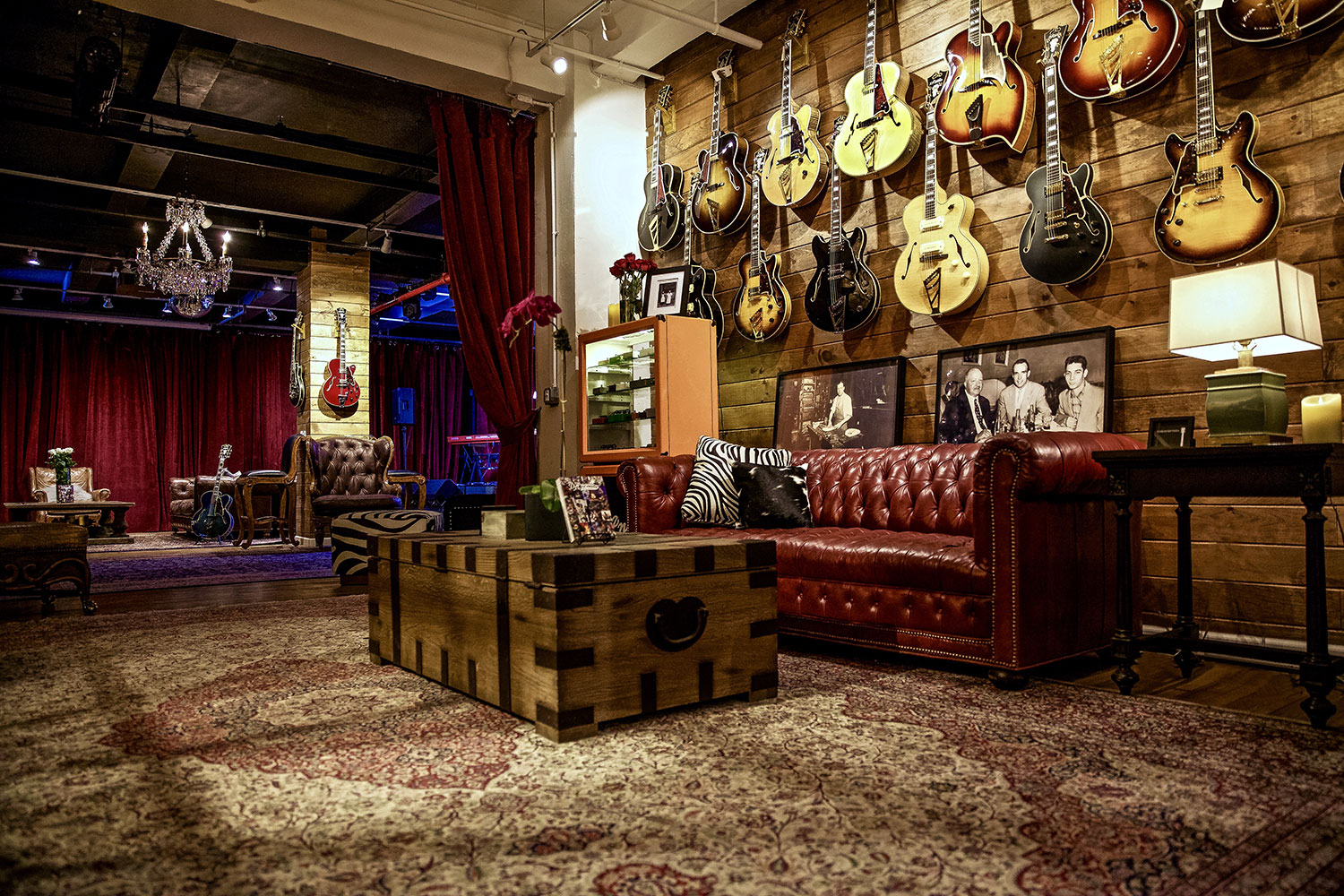 The comeback
Like a phoenix rising from the ashes, in 2011 D’Angelico made it’s glorious comeback. It was the perfect storm; the company had recently been purchased with a new management system implemented, and with a new art exhibition featuring John D’Angelico at New York’s Metropolitan Museum of Art, the time was just right for a resurgence of the historic brand. In the initial months of operation, the new D’Angelico team worked under the radar, creating and perfecting a line of authentic reissues that delivered D’Angelico quality at an affordable price. The new models were enthusiastically embraced by a revitalized audience.

Today, D’Angelico offers a wider range of guitars than ever before, from handmade artisan builds to the more affordable Korean and Indonesian-made counterparts. Let discuss a few of the more popular models.

PREMIER SS
Arguably the most popular model in the shop, the Premier SS is known for its exceptional comfort and remarkable tonal versatility. It features a 15-inch-wide, single-cutaway semi-hollow body with Seymour Duncan Designed humbuckers.

This guitar has a warm, full-bodied tone that is able to achieve the clean crisp sounds of jazz to soulful rock grit, and everything in between!

PREMIER DC
Much like it’s single-cut brother, the Premier DC has a very similar feature set, but with the added benefit of the double-cutaway for better fret access.

EXCEL SS
This one is a personal favourite of mine – the look, the feel, the sound… it has it all! The Excel SS features the same 15-inch-wide single-cutaway semi-hollow body that D’Angelico has become famous for. On top of that, It also features a perfectly balanced set of Seymour Duncan 59 Humbuckers to help you achieve that vintage tone to match its stunning vintage stylings.

PREMIER EXL-1
Based on John D’Angelico’s original (now legendary) archtop design, the EXL-1 is it’s modern-day counterpart. True to the original in almost every detail, but upgraded to feature a USA-made Seymour Duncan Mini-Humbucker to maximize the acoustic tone of its commanding 17-inch-wide, 3-inch-deep body.

Art Deco-inspired details frame the EXL-1 with a scroll-style neck bevel, mother-of-pearl inlays on an ebony bridge, and split-block inlays on a Pau Ferro fingerboard.

So there you have it, a (rather) condensed history of D’Angelico Guitars. If you are looking for a hollow-body with a unique style all of its own and a sound to match, then I’d definitely recommend popping in and giving one of these a go yourself!