X
This site uses cookies to provide and improve your shopping experience. If you want to benefit from this improved service, please opt-in.
More Info
Accept Cookies
PLACE AN ORDER AND YOU COULD WIN OVER £1,500 WORTH OF MUSIC GEAR! Learn More
ONLINE FINANCE on orders over £250
EXTENDED XMAS EXCHANGES buy with confidence
NEXT DAY DELIVERY order before 2pm, Mon-Fri 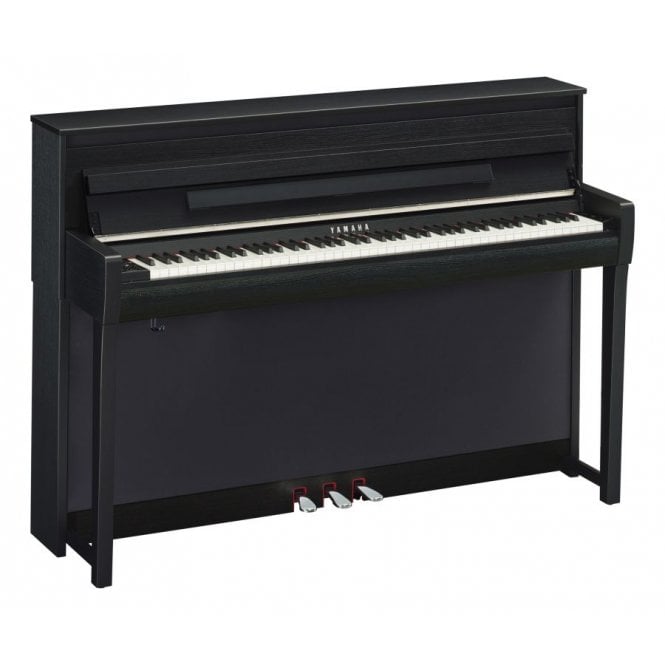 Code: 900020
As the flagship model in the series, the CLP-685 boasts a GrandTouch Keyboard action that features the individual key counter weights found in a grand piano for unrivaled realism in the resistance and return of each key.
+ In Stock Now Item in Stock Item out of Stock | IN STOCK Contact Us For Local Store Availability
Loading...

Next Working Day Delivery order before 2pm, Mon-Fri
Pay It Up With Finance available on all orders over £250
Extended Xmas Exchanges Eligible items can be exchanged up until 8th Jan 2022
As the flagship model in the series, the CLP-685 boasts a GrandTouch Keyboard action that features the individual key counter weights found in a grand piano for unrivaled realism in the resistance and return of each key. CFX and Bösendorfer samples absolutely sing through the powerful 300W sound system with Spruce Cone speakers. Spruce wood is used in the sound boards of Yamaha acoustic pianos because of its superior tone quality, and that same wood is used in the CLP-685 speaker cones. You will lose yourself in the sound of the binaurally-sampled CFX which is a totally immersive headphone experience. Selecting Voices and adjusting settings is easy using the intuitive user LCD interface.

The finest GrandTouch keyboard and sound system combine to give you the ultimate grand piano experience.

The sound of some of the finest concert grand pianos in the world
With two world-renowned concert grand pianos available at the touch of a button, the CLP Series lets you choose the perfect piano tone for the music you want to play. Offering far more than just sampled sounds, the CLP-600 Series reproduces the Yamaha CFX concert grand and the legendary B sendorfer Imperial in meticulous detail.

The powerful tone of the acclaimed CFX
Yamaha’s flagship 9’ concert grand piano, the CFX, offers sparkling highs and a powerful resonant bass with a sound that projects to the furthest reaches of any concert hall. The CFX was played by the winner of the prestigious International Chopin Competition in 2010, and has since gained recognition as one of the greatest concert grands of modern times.

The legendary sound of a Bösendorfer Imperial
Originally founded in 1828, Bösendorfer holds a unique position amongst piano makers as the only manufacturer in the world still utilizing the Viennese tradition of hand-crafted design that produces the uniquely warm bass, singing treble and rich tonal colors known as the “Viennese Sound”. The development of Bösendorfer pianos has been influenced by such famed composers as Brahms and Johann Strauss, resulting in an instrument lauded as the only piano capable of withstanding the frenetic playing of Franz Liszt.

Remaining true to this legacy of meticulous design and implementation, each Bösendorfer instrument is painstakingly crafted over many hours at the hands of highly-experienced craftsmen. In 2008, Bösendorfer became part of the Yamaha Group and in 2014, the revered tone of the Bösendorfer Imperial was featured in the Clavinova CLP Series.

Built on a Legacy of Concert Grand Piano Craftsmanship
Grand Piano keyboards are characterized by a light feel when played gently, and a heavier feel when played with more strength. Conversely, a non-grand piano keyboard has a uniform resistance regardless of whether the player uses a gentle or heavy touch. This has traditionally been one of the most significant differences between the touch of a grand piano and that of a digital piano. However, when developing GrandTouch keyboard action, Yamaha sought to reproduce the true key resistance that is unique to the grand piano, with greater fidelity. The result is an instrument with a more responsive touch, offering a greater dynamic range than ever before. Now you can experience a much more controlled, nuanced sound when playing softly, or powerful, brighter tones when playing with a stronger touch — just like that of a grand piano.

Innovation for effortless performance
Clavinova is an innovative lineup of digital pianos that have continued to evolve while seeking to provide the touch and tone of a concert grand piano—the ultimate symbol of piano excellence. This authentic grand piano experience is the product of the knowledge and expertise that Yamaha has accumulated over more than 125 years of crafting acoustic pianos. Utilizing state-of-the-art technology to achieve grand piano quality, Clavinova digital pianos offer an inviting playing experience that is perfect for players of all levels. They emulate the touch and tone of a grand piano to make the transition from digital to acoustic piano a seamless and enjoyable one.

Please note: as we are predominantly a physical retailer, some of our digital pianos may be pre-built. These pianos are generally only available for delivery within 30 miles of the stores using our Piano Deliver & Build Service. For orders outside these locations, we will contact you following your order to confirm your delivery and piano build options. Alternatively, contact us to discuss your options prior to ordering.
Code:
Delivery
Can Kenny's Music deliver pianos to upper floors?

Our standard couriers offer what is known as a "kerbside delivery". This means they will only deliver to your door. However, if you need the piano taken upstairs, contact us and we may be able to help as we run a weekly van delivery service that may be able to cater to your needs.

Technical
Why buy a digital piano instead of an acoustic one?

Digital pianos offer many benefits over acoustic pianos. Here are just a few:

Do Clavinova pianos come with a stool?

No they don't. If you're looking for a stool, you'll need to choose one from our selection.